It arrived a few months ago and essentially broke the Internet for a few hours.

The cause of the consternation effectively boiled down to how strange and terrifying the vast majority of the cast appeared in their human/cat amalgams.

For instance, Judi Dench has never been the same: 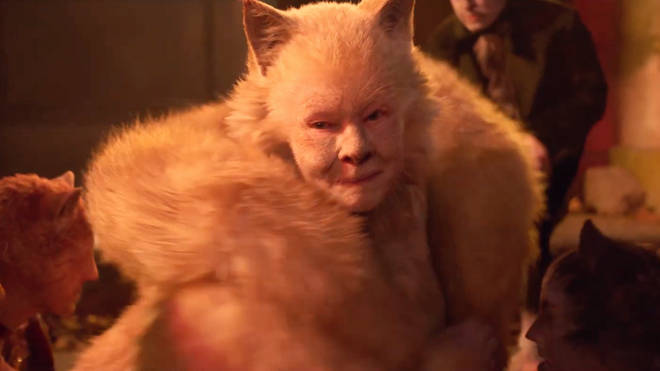 END_OF_DOCUMENT_TOKEN_TO_BE_REPLACED

But hey if that's your kind of thing, good news - there's a brand new trailer ahead of the movie's imminent Christmas release.

This one offers up more of the all-star cast - James Corden, Idris Elba, Judi Dench, Ian McKellen, Taylor Swift, Jason DeRulo, Rebel Wilson - and the hyper-colourful world in which they occupy, while also granting space for Elba's villain to sink his teeth into.

If you're totally unfamiliar; Cats is based on the stage musical of the same name by Andrew Lloyd-Webber, telling the story of a tribe of cats and a grand adventure.

Following on from the likes of Bohemian Rhapsody, A Star Is Born and The Greatest Showman, you can expect this one to do big business at the box office.

Check out the latest trailer below and enjoy the vivid nightmares that may well follow...