It's a sorry state of affairs when Christopher Walken has the best Irish accent by a mile.

When we learned that Jamie Dornan, Emily Blunt, Christopher Walken and Jon Hamm were all filming a new movie in Mayo, we were naturally quite excited.

But now that the trailer for Wild Mountain Thyme has been released, and we've got a listen to some of the accents on display, maybe we should have been a little bit more apprehensive. 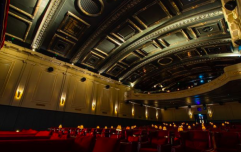 END_OF_DOCUMENT_TOKEN_TO_BE_REPLACED

Blunt, who we should point out is an amazing actress, stars as Rosemary Muldoon, who falls in love with Jamie Dornan’s character Anthony Reilly before they get caught up in a dispute over farmland.

And while Blunt's accent is probably the most egregious, Dornan's is also absolutely shocking for a man who was born and raised in Belfast.

If we're being honest, Christopher Walken's Irish accent is probably the most realistic...

Take a look at the trailer here, and prepare to cringe: 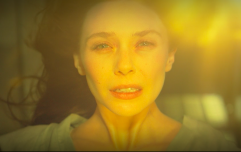 END_OF_DOCUMENT_TOKEN_TO_BE_REPLACED

Directed by John Patrick Shanley, the movie is expected to be released in Ireland on 11 December this year, though that is subject to change.

Despite the shocking accents, we reckon a lot of Irish people will be showing up to watch it out of pure curiosity.

popular
The JOE Friday Pub Quiz: Week 232
Body of third man found following murder of two men in Cork
Scarlett Moffatt discovers ‘30% rain’ on weather app doesn’t mean chance of rain
QUIZ: Can you correctly identify these European country flags?
All Direct Provision centres to close by 2024 and system to be replaced
These are the free subscription games coming to PlayStation and Xbox in March
Irish cinema named one of the 50 most beautiful cinemas in the world
You may also like
6 hours ago
WATCH: Michael Bay shares footage of bonkers stunt from the set of his new movie
22 hours ago
The trailer for Pixar's new movie Luca is here
23 hours ago
WATCH: Netflix releases first trailer for Zack Snyder's Army Of The Dead
1 day ago
David Fincher re-teaming with writer of Se7en for his new Netflix movie The Killer
1 day ago
Paramount announce a HUGE amount of remakes, sequels, and spin-offs
1 day ago
The Tommy Tiernan Show extended by six weeks
Next Page