Fans of Making a Murderer and The Jinx are already addicted. Essential viewing.

In the most recent months, we've consistently brought you the very first news regarding any new true crime documentaries that are being released.

We genuinely hope you enjoyed our recommendations of Oklahoma City, Icarus , The Keepers, Casting JonBenet, The Seven Five and The Fear of 13 and countless others, but with Wormwood, Long Shot and Strong Island to come, there's plenty more true crime documentaries for viewers to watch. 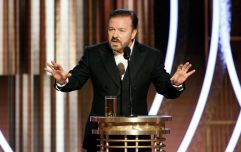 END_OF_DOCUMENT_TOKEN_TO_BE_REPLACED

If you're looking for something to tide you over before those titles are released, we thoroughly recommend Kelly Loudenberg's new series that focuses on the failures of the American criminal justice system.

In 'The Confession Tapes,' we get a first-hand view at just how flawed the process of gathering forensic evidence can be.

This true crime documentary series investigates cases where people convicted of murder claim that their confessions were coerced, involuntary or false.

One of 2022's funniest movies has just been added to Netflix

END_OF_DOCUMENT_TOKEN_TO_BE_REPLACED

Over the course of the series, the audience gets to see a collection of true-life court case confessions that were made by supposedly guilty people.

Much like that infamous interrogation of Brendan Dassey in Making A Murderer, the most infuriating aspect of The Confession Tapes surrounds the techniques and coercive tactics that members of the police are using during the interrogation process.

Granted, not every case in the series is open-and-shut, but aren't we all led to believe that in the eyes of the law, a person is innocent until proven guilty?

This documentary series will shatter any belief that you have in that idea.

The documentary mainly uses archival footage and interviews to tell these stories but The Confession Tapes is primarily focused on answering one of the most complex questions regarding any murder case and subsequent interrogation, why would an innocent person confess to a crime they didn’t commit?

Much like Making A Murderer and The Jinx, the search for an answer is bound to leave you absolutely infuriated and searching for justice.

If you really felt for Brendan Dassey during that infamous interrogation, this new series is definitely for you.

Plenty of people are already hooked.

I just watched The Confession Tapes episode True East on Netflix, and seriously fuck anyone who contributed to the conviction of those two

All 6 cases involve videotaped interrogations and will be a call to arms to require recording throughout U.S. #theconfessiontapes Retweet!

"The Confession Tapes" on @netflix is a must-see. Riveting, scary stuff to see false confessions on tape.

popular
QUIZ: Name the TV show from the end credits production logo
QUIZ: A perfect score is highly unlikely in this tough General Knowledge Quiz
QUIZ: Can you get top marks in this progressively harder capital cities quiz?
The JOE Friday Pub Quiz: Week 296
Lidl to launch its second 'reverse vending machine' in Ireland next week
Lidl announce a massive warehouse sale for one weekend only
Dublin's sixth 24-hour bus route launches today
You may also like
2 days ago
Transphobia isn't funny; it's dangerous, and no "comedy special" can change that
2 days ago
Kevin Spacey charged with four counts of sexual assault
2 days ago
Ricky Gervais responds to accusations of transphobia following new Netflix special
1 week ago
Netflix may premiere their movies in cinemas 45 days before streaming
2 weeks ago
A new Stephen King adaptation and 7 more movies and shows to watch this weekend
2 weeks ago
Netflix has just added 11 big movies to its library
Next Page