We asked, you answered...

To mark the release of the brand new X-Men movie – The New Mutants – in Irish cinemas, we wanted to know which amazing superhero superpower you'd love to have.

The ability to pour the perfect pint of Guinness in one go instead of having to wait a whole 119.5 seconds for it to settle? 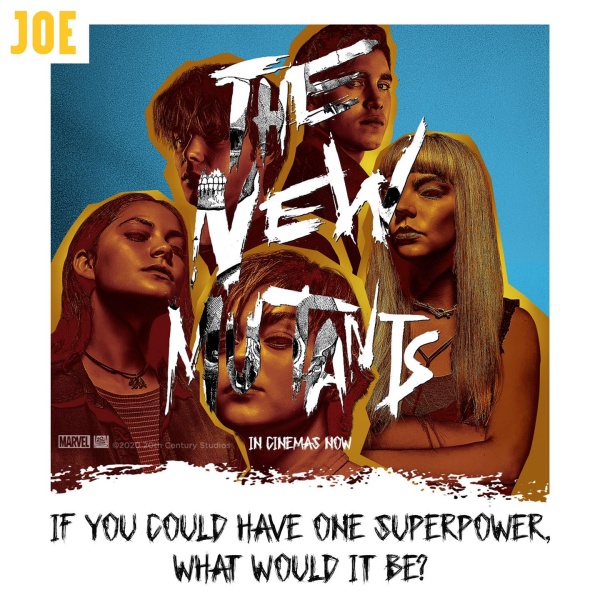 Based on the hugely-popular Marvel comic series, The New Mutants tells the story of five young mutants who are coming to terms with special powers of their own, all while being held captive in a mysterious top secret institution

As big Liam Neeson would say, each of them has a very particular set of skills. You've got, in no particular order...

END_OF_DOCUMENT_TOKEN_TO_BE_REPLACED

Danielle Moonstar AKA Mirage (Blu Hunt), who creates illusions from other people’s fears.

Illyana Rasputin is Magik (Anya Taylor-Joy), who becomes encased in armour at will and wields a soulsword that amplifies her multiple superhuman and psychic abilities.

Check out the terrific trailer below...

The New Mutants has just been released in Irish cinemas, so if you like what you see and fancy heading to the cinema this weekend, you can book your tickets here.

In the meantime though, let's get to your favourite movie superpowers.

It's hard to say, but the answer is definitely NO.

Brian Maxwell got in there straight away on Facebook with what is possibly the greatest power of all time... 'The Power Of Love'.

Specifically, the Huey Lewis and the News version.

We're not sure how being able to perform this would help you in a battle against an evil mutant who's trying to kill you, but it really is a cracker of a tune...

Now, on with the ACTUAL powers...

Unsurprisingly, there was plenty of love for X-Men's Wolverine.

The one that Wolverine has ?

His healing powers and killer claws – plus his ability to make mutton chops look good whatever the weather – make for the perfect combo.

Speaking of healing powers, but not quite as hairy as Wolverine, Ian Slattery reckons the healing hands of The Green Mile's John Coffey would be his ideal power of choice...

I’m gonna go with the power of a healing touch like that great superhero John Coffey (like the drink but not spelled the same) pic.twitter.com/S4Vt6L7vhi

The Big Reviewski pitched in with this lesser-known skill, but you can't deny that you'd absolutely love to be able to look as good as this lot while running in slow motion...

The power to absorb another's power is the one that caught the eye of Geovane Queiroz...

To be fair, Rogue's power is a super superpower to have. Portrayed by Anna Paquin in four X-Men movies, Rogue's ability enables her to absorb the powers of other mutants, something you may consider a blessing, but one which she believes is a curse.

Especially when you're trying to get the shift...

Whistling is obviously a great skill to have. Even more so when you can control a deadly weapon while doing it, just as Marvel's Yondu expertly can.

Fair play to The Living Toblerone, who managed to subtly squeeze not one, not two, but THREE superpowers into their answer which, I think, qualifies as a superpower in itself.

This is tough -
Pyrokinesis would be good as would Telekinesis but it would probably be teleportation - go where you like when you like without the cost.

Similarly, Colm opted for multiple answers on Instagram, but ultimately settled on flying saying, "I think it’s got to be flying, doesn’t it?! I suppose super healing would be good too. But I’m going with flying."

Clearly making up your mind is also a completely underrated mutant ability.

And Paul, if you're out there, let us know if this trivia superpower ever works out for you. You'll be straight on to our movie quiz team, thanks.

To be the ultimate movie trivia master! ??

As for the one below, we're not Googling Orgazmo. Or his superpower.

Listen, you're an adult, you can do that yourself.

Still though, it's not as bad as Science Boy, who had a "superhuman thirst for knowledge". Thanks to Ross in Friends and Conor on Twitter for that one.

A Superhuman thirst for knowledgehttps://t.co/Z9kRgl45TL

And last but not least, over on Facebook, the kind-hearted Leslie Clarkson wanted the power to "feed, water and clothe the millions on our plant in need", David Tobin fancies a power that would "get rid of Covid", while Derek McConnell went for invisibility, but with his own personal spin on it, saying "I'd act the b*llocks with that gift big time." 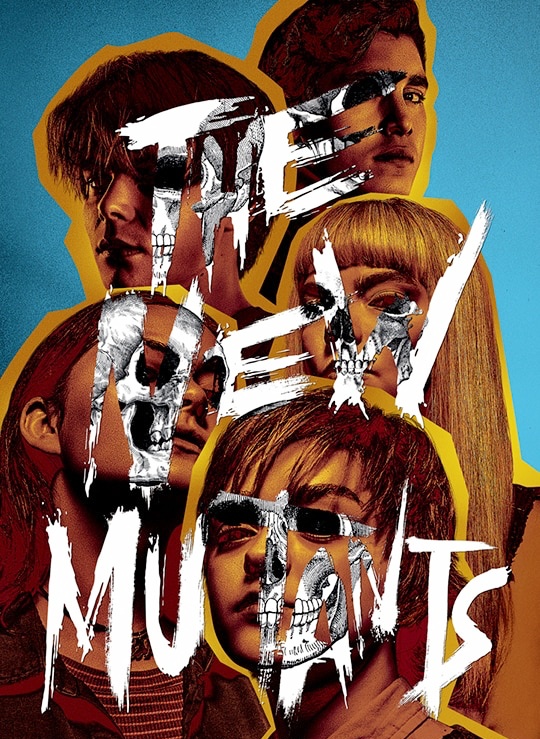 The New Mutants is out in Irish cinemas now and tickets are available to book by clicking here.

The Big Reviewski || JOE · The Big Reviewski with Andy Serkis, Squid Game follow-ups & the return of Succession
popular
The JOE Friday Pub Quiz: Week 265
Ryanair is seeking applicants for "the worst job in Ireland"
National Lottery reveals 28 locations where tickets worth over €35,000 each were sold
Here's the line-up for this week's episode of The Late Late Show
Taoiseach believes people will "be patient" if planned lifting of restrictions doesn't go ahead next week
People born in April are officially the sexiest, study finds
The 50 most iconic songs of all time* have been revealed
You may also like
1 day ago
It's a Rock and Kevin Hart double bill in tonight's movies on TV line-up
1 day ago
Comedian’s Robin Williams impression has fans calling for a full-length film
1 day ago
Netflix renews You for fourth season ahead of season three's premiere this week
2 days ago
One of the most-anticipated shows of 2021 has quietly been made available to Irish viewers this week
2 days ago
Vin Diesel fights aliens in our pick of the movies on TV tonight
2 days ago
WATCH: Peter Jackson's much-anticipated Beatles documentary looks like a treasure trove
Next Page