QUIZ: Can you name these 30 South Park characters from the picture?

Over 287 episodes and counting, Trey Parker and Matt Stone has built a sprawling world filled with wild and insane characters.

South Park has been offending audiences for over two decades. 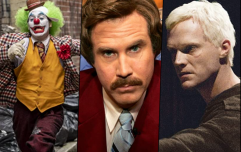 END_OF_DOCUMENT_TOKEN_TO_BE_REPLACED

But how many of those characters can you identify? We're not just talking about Stan, Kyle, Cartman and Kenny here. This one is for true South Park nerds, who have seen every episode of all 21 seasons. The fans who can tell Casa Bonita from Imaginationland, and know who Cartman's real father is.

popular
Amazon Prime Video has quietly added 18 big releases to its library
Here's where all the 149 tickets that won €36,687 in Saturday's Lotto were sold
Man arrested on suspicion of the murder of Ashling Murphy
Moon Knight could be leading directly into Marvel's scary version of the Avengers
New HBO comedy series looks like a must watch for Flight of the Conchords fans
Confirmation on lifting of restrictions for pubs and events expected this week
Euphoria fans delighted after learning Fezco's Irish connection
You may also like
1 day ago
QUIZ: Can you name all the US states with a smaller population than Ireland?
2 days ago
Can you recognise these games from 2012 from a single screenshot?
2 days ago
Put the pedal to the metal with this General Knowledge Quiz
3 days ago
QUIZ: Can you name the Irish person from their Wikipedia page?
3 days ago
The JOE Music Quiz: Week 88
3 days ago
QUIZ: See if you can crush this General Knowledge Quiz
Next Page