Russia is remaking Chernobyl with the Americans as the bad guys

Because of course they are.

HBO's Chernobyl has been arguably the biggest TV hit of 2019 so far. While the Game of Thrones swansong got, well, a mixed reaction, response to the miniseries about the infamous nuclear disaster has received an almost universally positive reaction.

The show has not gone down well with the Russia media, however. 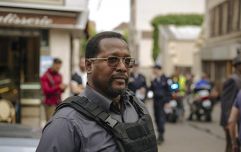 END_OF_DOCUMENT_TOKEN_TO_BE_REPLACED

According to The Moscow Times, one newspaper described it as “a caricature and not the truth”, while prominent news anchor Stanislav Natanzon commented: “The only things missing are the bears and accordions!”

In response, a Russian TV network is making its own series about the Chernobyl disaster to portray a different take on events. According to The Moscow Times, the NTV show will be based on the premise that "the CIA sent an agent to the Chernobyl zone to carry out acts of sabotage".

"One theory holds that Americans had infiltrated the Chernobyl nuclear power plant," the film's director Alexei Muradov is quoted as saying. "And many historians do not deny that, on the day of the explosion, an agent of the enemy’s intelligence services was present at the station," he added.

In the West at least, the response to Chernobyl has been overwhelmingly positive, with the show becoming the top-rated TV series on IMDB after just three episodes.

The show has also revived interest in the incident, which happened in April 1986; the town of Chernobyl - now mostly a ghost town - has seen a spike in people wanting to pay a visit there.

The series concluded this week - but if you want to know more about the real-life incident that inspired the show, writer Craig Mazin recently shared a big list of documentaries and books used as research for the show.

House of Rugby Ireland · Munster can't beat Leinster, Six Nations squad and John Cooney interview
popular
QUIZ: Can you name all of these countries just from one of their cities?
Jared Leto says two things have kept him shredded for 20 years
The 50 most iconic songs of all time* have been revealed
The JOE Movie Quiz: Week 86
Majority of English people 'pleased' or 'not bothered' by prospect of united Ireland
Warner Bros. plan new Harry Potter movie and they want Daniel Radcliffe to star in it (Report)
Spanish woman mistakenly believed to have died from Covid returns to care home
You may also like
1 year ago
A Russian farm is giving VR headsets to dairy cows to "reduce anxiety"
1 year ago
Priest suspended after baby suffers injuries during violent baptism service
1 year ago
At least 41 killed in Russian plane after it burst into flames during emergency landing
1 year ago
At least 13 dead after fire breaks out on passenger plane
1 year ago
"Russian spy whale" found by Norway off Arctic coast
1 year ago
In full: Mueller report into Trump, Russia and the 2016 election
Next Page