But is it any good?

Earlier this year, when A Quiet Place was released in cinemas, the story of a family attempted to survive in near silence was a brilliant one, because it automatically put the viewers in the exact same position as those in the movie: try to stay as quiet as possible.

With Netflix's new release Bird Box, there another sense being taken away from the protagonists, with the movie's official synopsis as follows: 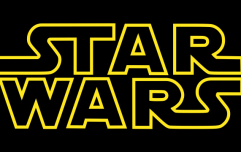 END_OF_DOCUMENT_TOKEN_TO_BE_REPLACED

When a mysterious force decimates the world’s population, only one thing is certain: if you see it, you take your life. Facing the unknown, Malorie finds love, hope and a new beginning only for it to unravel. Now she must flee with her two children down a treacherous river to the one place left that may offer sanctuary. But to survive, they'll have to undertake the perilous two-day journey blindfolded.

With a very impressive cast including Sandra Bullock, Sarah Paulson, John Malkovich, Jacki Weaver, and Trevante Rhodes, with critically acclaimed director Susanne Bier (Brothers, Things We Lost In The Fire) and screenwriter Eric Heisserer (Arrival, Lights Out) behind the camera, there was a good chance that Bird Box could end up being on par with A Quiet Place. 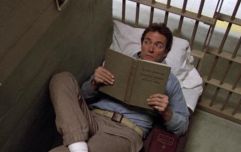 END_OF_DOCUMENT_TOKEN_TO_BE_REPLACED

However, with a score of 52% on Metacritic, it would appear that it is a lot more mediocre that it's closest competition.

On the top end, The Wrap gave it four stars, saying that "Bullock’s performance is brilliant — she takes all these internalized fears and crafts a character who has already disconnected from emotion. Throughout the films, she challenges what "maternal" means in circumstances this dire."

At the other end, The San Francisco Chronicle gave it 1.5 out of 5: "The effort behind Bird Box was to make something better than a standard horror movie, but the result is dull and half-hearted. It’s not serious enough or important enough to transcend the horror genre, but neither is it visceral enough to hold up as a regulation horror movie."

Perhaps the best overall view comes from The Hollywood Reporter's very middle of the read review: "This is a wannabe shocker with a clever premise that doesn't really get down and dirty or betray the base instincts of a born horror filmmaker."

Bird Box is available to watch on Netflix right now.

popular
Netflix has just added one of the funniest shows of the last 10 years
Spielberg's best movie is among the movies on TV tonight
Netflix has just added 12 very big movies to their library
Police believe they know what happened to Nicola Bulley
The JOE Friday Pub Quiz: Week 332
QUIZ: Can you get 15/15 in this Irish general knowledge quiz?
Only two weeks left for Lotto player in Dublin to claim €250,000 prize
You may also like
3 days ago
Actor to play Michael Jackson in new biopic has been revealed
4 days ago
An extremely tense true crime drama is among the movies on TV tonight
4 days ago
Lisa Loring, the Original Wednesday Addams, dies aged 64
4 days ago
Richard Madeley apologises after calling Sam Smith 'he' and bungling guest's pronouns
4 days ago
Annie Wersching, best known for role in TV series 24, dies aged 45
5 days ago
Can you get top marks in this ultimate Oscars 2023 quiz?
Next Page