This could be very cool.

Given the fact that the marketing campaign for Deadpool 2 can best be described as f**king bonkers, film fans can be excused for missing a few little details from the trailers.

For example, the very first teaser trailer featured the 'Merc with a Mouth' chatting about his beloved oil paintings for a minute before unleashing some absolute carnage. What that has to do with the film is beyond us, but Christ it was entertaining!

END_OF_DOCUMENT_TOKEN_TO_BE_REPLACED

Anyways, aside from the great action, sharp one-liners and a brilliant gag about The Goonies, the final trailer for Deadpool 2 also gave us some idea of the plot. We're getting strong Terminator 2 vibes here as everyone's favourite assassin protects Julian Dennison's character - he'll always be Ricky Baker to us - from the time travelling Cable (Josh Brolin)

Anyways, at the end of the trailer, we were introduced to the newest member of the X-Force, Peter.

As you may know, Peter has no powers, no abilities and no reason to be a superhero, he just saw the ad and was hired!

END_OF_DOCUMENT_TOKEN_TO_BE_REPLACED

As reported first by Nerdist, it appears that Rob Delaney (Catastrophe, Key and Peele) is playing Pete Wisdom.

In terms of his mutation and powers, Pete Wisdom has the ability to shoot extremely hot plasma blades from his fingers. In the comic books, Wisdom was also a member of an X-Force team.

There's another reason why Delaney's hapless character could be playing this particular mutant. 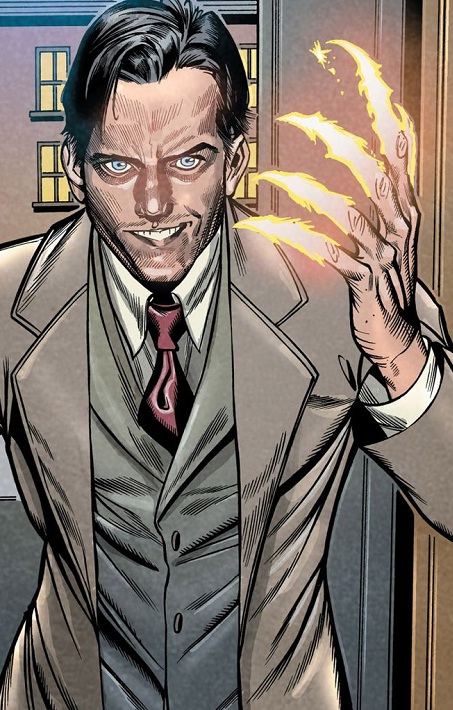 Since last month, the character of Pete has an official Twitter account that goes by the name “Peter W."

Oh yeah, he also happens to be followed by Ryan Renolds and the official Deadpool Twitter account.

I don’t have the phone number of anyone on the X-Force team. I don’t fully understand how this works.

90 percent of success is showing up. @PeterW_1974 pic.twitter.com/wnUYJBASjI

Given the fact that Delaney is one of the funniest and most self-deprecating people around, he's a very welcome addition to the franchise.

All will be revealed when Deadpool 2 is unleashed on May 18th.

I would be grateful if people didn’t use this to make meams pic.twitter.com/z7h8E21Wu3

The Big Reviewski || JOE · The Big Reviewski with Y: The Last Man, that Malignant ending & a secret streaming service
popular
The JOE Friday Pub Quiz: Week 261
One of the best war films ever made is among the movies on TV tonight
The five "best places to live" in Ireland have been revealed
One of the better Liam Neeson action romps is among the movies on TV tonight
Daniel Craig says goodbye to James Bond in emotional farewell speech
QUIZ: Flex your brain definition with this general knowledge quiz
Stephen King has some amazing things to say about Netflix's new horror series
You may also like
2 days ago
A brilliant Irish psychological thriller and 5 more movies and shows to watch this week
4 days ago
The most popular theory about The Matrix Resurrections is absolutely wild
5 days ago
WIN: We've got some incredible Shang-Chi prize packs to give away
1 week ago
Seven must-see 9/11 movies and documentaries to watch right now
1 week ago
One of the best hidden gem dramas of the last few years is available to stream at home this weekend
1 week ago
Cillian Murphy reported to be reuniting with Christopher Nolan for his next movie
Next Page