Sharon Carter is most definitely up to something

The Falcon and the Winter Soldier re-introduced us to Cap's ex, but it looks like she's broke bad.

Okay, it has been a few days since the episode has aired now, so if you're not all caught up and you're still reading this and something gets spoiled for you... that is really on you.

Having been featured prominently in the trailers, the third episode of The Falcon and the Winter Soldier finally re-introduced us to Sharon Carter (Emily VanCamp), who we haven't seen since she was smooching Steve Rogers before the big airport scrap in Captain America: Civil War.

END_OF_DOCUMENT_TOKEN_TO_BE_REPLACED

Of course, the third episode was practically overflowing with new character introductions, many of whom don't actually stick around for too long...

On the latest episode of TBR Spotlight: The Falcon and the Winter Solider [LISTEN from 03.09 below] Rory and Eoghan break down all of those new introductions, and how ruthlessly the show dispenses them.

While on the run after a crime boss is suddenly assassinated in their company, it looks like Sam and Bucky and Zemo are about to be taken out by a henchman when Sharon suddenly arrives (how timely!) and saves the day.

She's been on the run since stealing Cap's shield to give to him for that airport fight, and seems to be holding a grudge about not being let back into America post-blip (unlike Bucky, who actually killed people).

When it comes to finding Doctor Nagel, she's able to handle a shipyard's worth of would-be assassins while Bucky and Sam and Zemo talk it out with the new evil doctor.

Once Zemo takes out the remainder of the contract killers and they all decide to go their separate ways, Sharon doesn't head back to the States with them all, afraid she'll be arrested on sight once she gets back.

However, she turns a corner and we see she's got a driver and a fancy car waiting for her... 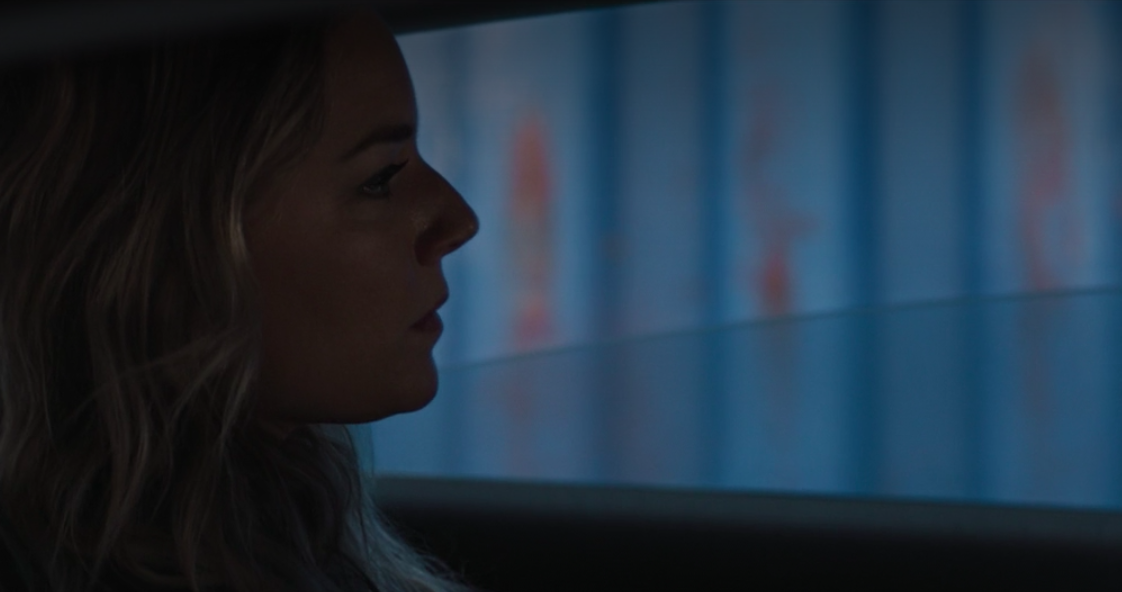 END_OF_DOCUMENT_TOKEN_TO_BE_REPLACED

We're sure to see more of Sharon in upcoming episodes - as well as several other new big casting additions - but stick with us here as we theorise something.

We've heard a lot about this Power Broker, but never actually seen them. Zemo said he's heard of them, but never met them. It would need to be someone with a lot of influence and wealth and not afraid to get their hands very dirty... so what if Sharon Carter was the Power Broker?

It would explain why there was always someone handily around to take out anyone who was about to kill them, why nobody attacked them - despite a bounty being on their collective heads - at her art'y party, and why she's in no rush to get back to the States. She's built up a very lucrative, and very illegal, life for herself in Madripoor.

We'll know more once the fourth episode lands on Disney+ on Friday, 9 April.

The Big Reviewski || JOE · TBR Spotlight: The Falcon and the Winter Soldier Episode Five - 'Truth'
popular
The JOE Friday Pub Quiz: Week 239
The 50 most iconic songs of all time* have been revealed
Stephen Donnelly says he "couldn't care less" about being mentioned by his department on Twitter
Peaky Blinders star Helen McCrory dies aged 52
PICS: The man with the biggest penis in the world has one unbelievable problem with it
Amazon is spending $650 million just on the first season of their The Lord of the Rings show
What Netflix’s Seaspiracy gets wrong about fishing, according to a marine biologist
You may also like
14 hours ago
A deep dive on that new arrival in The Falcon and the Winter Soldier
1 day ago
Here are the best movies on TV this evening
1 day ago
New comedy with a genuinely amazing all-star Irish cast starts tonight on Channel 4
1 day ago
Fast & Furious director and stars discuss a crossover with Jurassic World
1 day ago
WATCH: Hitman's Wife's Bodyguard is exactly the kind of fun movie we all need right now
1 day ago
Fast & Furious 9 director talks set pieces too big and too crazy for the franchise
Next Page