In case you should want to, the "scariest movie ever made" is available to watch at home right now.

Released in cinemas in Ireland and the UK on 5 October, 2012 (and a full week later in the US and most of the rest of the world), Sinister proved to be something of a sleeper hit.

On a teeny $3 million budget, the movie made over $87 million worldwide, and was given good-but-not great reviews (63% on Rotten Tomatoes). Yet in the decade since its release, the film has remained in the conversation as a bit of a modern horror classic.

END_OF_DOCUMENT_TOKEN_TO_BE_REPLACED

Directed by Scott Derrickson, who was hot off the success of The Exorcism of Emily Rose, and written by C. Robert Cargill (the pair would reunite again for this year's The Black Phone), the idea for Sinister was formed within a nightmare Cargill had after he watched The Ring.

The writer described the dream in which he discovered a film in the attic of his home which depicted the hanging of an entire family, which is essentially the set-up for the entire plot here.

The finished script tells the story of a struggling writer (Ethan Hawke, who also re-teamed with Derrickson and Cargill for The Black Phone) who moves his loved ones into the former home of a family he knows were murdered, hoping it will help him with his writer's block. Before long, he discovers a collection of videos, each of which depict a different set of grizzly murders, all of which are somehow connected to the house that he has just moved into. 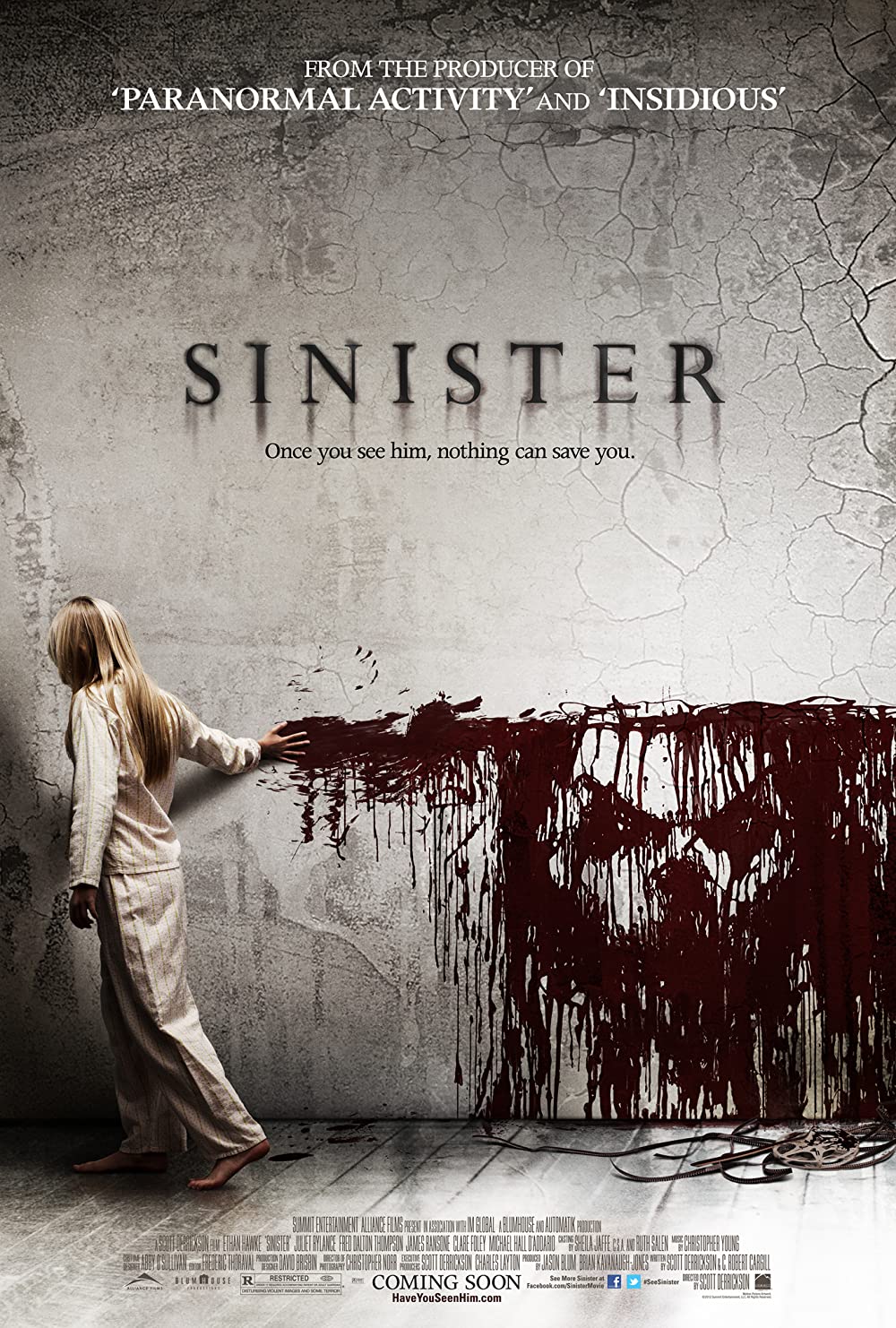 END_OF_DOCUMENT_TOKEN_TO_BE_REPLACED

The set-up is a pretty standard one for a horror movie, but there's a particular edge thanks to the inclusion of what feel like snuff films that Hawke's character is trawling through for the sake of his career, and at a severe risk to his entire family.

Additionally, the movie's central antagonist Bughuul manages to leave an impression, with Derrickson and Cargill moving away from the initial idea of what was described as "a creepy Willy Wonka". Instead, they took inspiration from Norwegian black metal performers.

Eventually, while scouring the internet for images titled "horror", Derrickson came across one simply titled 'Natalie'. He contacted the photographer of the image and paid them $500 for the rights to it, with the photographer receiving a concept design credit on the final movie. And that was how we got the look of Bughuul.

As for how scary the movie itself has proven to be? Back in 2021, Forbes reported on the Science of Scare Project, in which the heart rates of 50 people of varying ages were tracked as they watched over 100 hours of scary movies.

END_OF_DOCUMENT_TOKEN_TO_BE_REPLACED

This was then whittled down to the 35 movies that caused the highest average increase in BPM for the viewers. The resting heart rate of the participants was 65 BPM, and of all of the movies, Sinister provoked the largest increase, rising to an average of 86 BPM.

So, there you have it. If you're looking to check out the scientifically-proven scariest movie ever made, Sinister is available to watch on NOW and Netflix right now.

popular
One of the best movies of the decade has just been added to Netflix
20 years ago, one of the best sci-fi movies of the 21st century was a box-office bomb
Surprise frontrunner emerges as potential next James Bond as producers 'love him'
One of the scariest films of all time is among the movies on TV tonight
Katherine Ryan says famous TV star is a ‘predator’ and everyone in industry knows
Katherine Ryan shares harrowing truth about media coverage of ‘famous TV predator’
Very popular US fast food chain planning to open in Ireland
You may also like
4 days ago
TG4 reveals full line-up of movies airing over Christmas and New Year's
4 days ago
All of the big new Netflix movies and shows arriving in December
5 days ago
The original sequel for Bruce Almighty sounds absolutely bonkers
6 days ago
The Batman has a confirmed date for streaming in Ireland
6 days ago
Prime Video has just added 20 very big movies to its library
6 days ago
Released 20 years ago today, this Bond movie changed its ending following the events of 9/11
Next Page