Also, it looks like the villain has directly set-up the plots for Spider-Man 3 and Doctor Strange 2.

You have to commend the Marvel fans, because absolutely NOTHING passes them by!

We thought we were clever enough already when we spotted the missing end credit names from the first episode, which have then slowly begun to be filled in as more characters popped up during the second episode.

However, if you sit all the way through the end credits, right on through to the translation stuff, that is where the accidental (?) spoiler arrives during this week's episode.

So, if you're watching Loki in English and you get to the end credits, beyond the fancy stuff with the clocks and the water coolers and stuff, you'll get to this image: 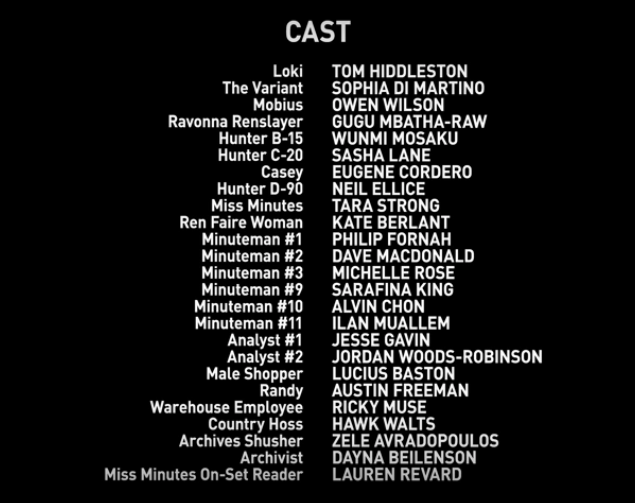 All normal there, even down to not actually giving away the name of Sophia Di Martino's character.

We all assumed, thanks to the get-up and the fact that Mobius and the rest of the TVA refer to her as Loki, that this is the arrival of Lady Loki, but Marvel and Disney don't want to give that away in the end credits just yet, and that is fair enough.

However, if you get to the translated voice actors cast list, this is what shows up: 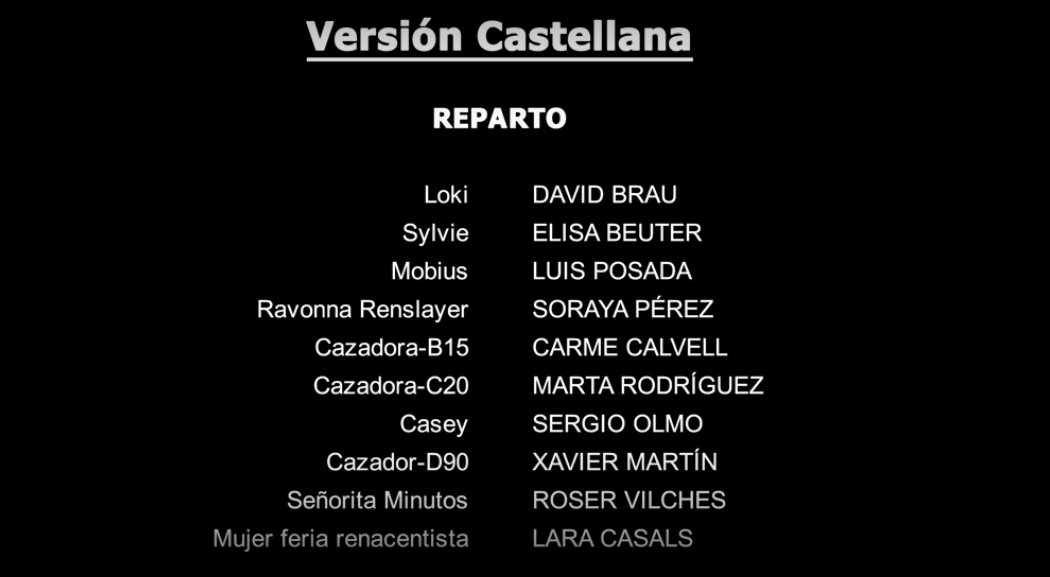 END_OF_DOCUMENT_TOKEN_TO_BE_REPLACED

Everyone else's name is the same, but "The Variant" name has been replaced by "Sylvie". And who is Sylvie, you might be asking?

Well, comic book fans will know that Sylvie Lushton, aka Enchantress, has a very complicated history with Loki. Here is her official lore, via the Marvel Fandom page:

"Sylvie Lushton was just an average girl living in Broxton until the Asgardians moved their home of Asgard to Oklahoma.

"Not long after that, Sylvie woke up one day with magical powers. Unbeknownst to Sylvie, these powers were given to her by Loki for yet unknown purposes. With her new powers, Sylvie moved to New York City to become a superhero and join the Avengers. She chose to take on the name and style of Amora the Enchantress, and speaking in a faux Asgardian manner.

END_OF_DOCUMENT_TOKEN_TO_BE_REPLACED

"However, later, when Loki personally explains Sylvie's existence, he states that he liked the idea of 'creating' a mortal that suspects she's one of the Asgardians. So it is assumed that she was in fact never alive until she was created by Loki, her entire existence and memories perhaps being part of this."

Now, as we've learned over the history of the movies and shows so far in the MCU, Marvel don't necessarily always stick to the comic books for these stories, but this does explain even more why Loki is so directly involved in the hunt for this Variant.

Also, at the climax of this episode, we see that The Variant (we're going to keep calling her that until we know for sure if she's Sylvie/Enchantress/Lady Loki/none of the above) has set off a chain of events that has fractured the Sacred Timeline: 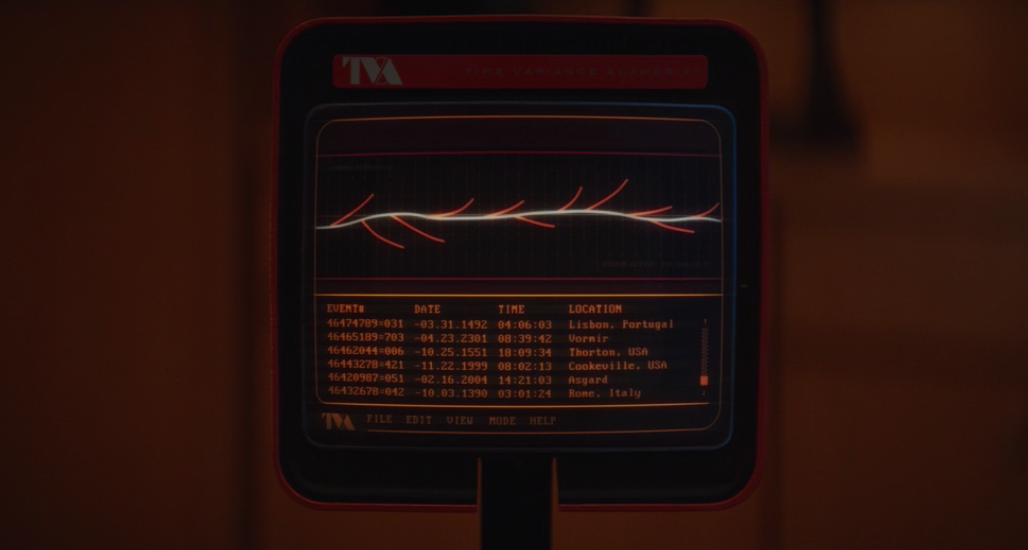 So it looks like The Variant has just created the Multiverse, which will tie directly into this December's Spider-Man: No Way Home (which is rumoured to see Tom Holland joined by Tobey Maguire and Andrew Garfield) as well as 2022's Doctor Strange and the Multiverse of Madness (which will see the return of Wanda after her self-imposed exile at the end of her show).

popular
Woman killed in Clare crash named as Peggy Twomey, mother of Marty Morrissey
Amazon Prime Video has quietly added 8 big new movies to its library
These are the most generous counties in Ireland, according to GoFundMe
An underseen Keanu Reeves adventure is among the movies on TV tonight
The 50 most iconic songs of all time* have been revealed
"Absolutely no follow-up" on contact tracing in nightclubs and live venues
Man in his 70s dies following two vehicle collision in Galway
You may also like
1 day ago
Landscapers is the ultimate true-crime murder mystery show
1 day ago
This new rom-com about writing a Christmas #1 is absolutely going to make you cry (in a good way!)
2 days ago
Daniel Craig's best pre-James Bond film is among the movies on TV tonight
2 days ago
The JOE Movie Quiz: Week 131
3 days ago
A Tiger King spin-off and four more big trailers you might have missed this week
3 days ago
The Toy Show DJ brothers have been offered a major gig at Iveagh Gardens
Next Page