We also had to ask what he knows about Portal 3!

Dwayne 'The Rock' Johnson had a passion project in mind, one he wanted to work on directly with the WWE, and it was telling the story of how iconic wrestler Paige became one of the most popular wrestlers in the game.

When you think of the potential writers and directors that should take on such a project, Stephen Merchant is exactly the first guy who comes to mind. 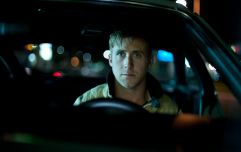 END_OF_DOCUMENT_TOKEN_TO_BE_REPLACED

Sure, he has genuine classics under his belt that he helped to create - The Office, Extras, The Ricky Gervais Show - but he had only one feature film under his belt, Cemetery Junction, which he co-wrote and directed with Gervais, and it didn't make much noise at the box office or the awards ceremonies.

Despite that, Merchant has done a fantastic job with the script and directing duties on comedy drama biopic Fighting With My Family (our full review here), and in the lead-up to the movie's release, JOE was lucky enough to sit down and chat with the man himself.

In fairness, the conversation happened in a busy coffee shop - you can hear the nice barista take his order and drop off his beverage at points throughout! - but nothing was going to distract us from the major talking points!

We covered a lot of topics, and the one thing we DIDN'T want to talk about was The Office, because we're sure he has covered that to death, and there really is nothing left for him to say about it.

Instead, we kicked off talking about his voice role in iconic game Portal 2, how much the Irish crowds love laughing, how The Rock ended up offering him the gig (as well as how The Rock is actually just as nice as we've all heard), and what big franchise he'd love to take on as a director.

We also said that since he's good mates with The Rock now, maybe he'd be offered directing a future Fast & Furious movie, he would probably turn it down, but he does instead come up with a fantastic alternative for a reboot he'd definitely like to do with him instead.

Check out our chats in full right here: