Could Anchorman 3 be filmed in Ireland?

Having received the mother and father of all Irish welcomes back in 2013, Steve Carell and the rest of the cast want to shoot Anchorman 3 in Ireland.

Carell says it all comes down to the reception he, Will Ferrell, Paul Rudd and David Koechner received when they came over to promote Anchorman 2: The Legend Continues. 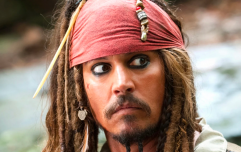 END_OF_DOCUMENT_TOKEN_TO_BE_REPLACED

"After my experience in Dublin at the premiere, yes, I could see that happening," Carell told RTÉ.

"I could see us shooting Anchorman in Ireland. We were so embraced when we were there for the premiere.

"[It was] an unforgettable day." 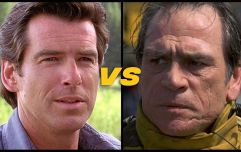 END_OF_DOCUMENT_TOKEN_TO_BE_REPLACED

Will Ferrell recently said he'd consider playing Ron Burgundy for a third time, but doesn't expect it to happen any time soon.

The actor told Entertainment Weekly: "Never say never. At the same time, that’s what’s really fun about those characters — it could be 10 years from now and we can still play those guys and just be older – and even dumber.

"So that’s the beauty of that. There are no imminent plans to return to that as of yet, because … I can’t speak for Adam [McKay], but for myself, we still have a lot of other original ideas that we’d like to do."

popular
Seven more suspected cases of unexplained hepatitis in Ireland under investigation
Netflix has just quietly added 12 big movies to its library
Gardaí investigating firearm being discharged near film set in Donegal
Tipperary woman banned from keeping dogs following animal cruelty conviction
Amazon Prime Video has just added 21 big movies to its library
Couple injured after alleged homophobic attack in Dublin
Has anyone seen Mr Tayto?
You may also like
1 month ago
QUIZ: Can you name the Marvel Cinematic Universe film from just a single screen shot?
1 month ago
Released 15 years ago today, Tarantino's biggest flop remains his most interesting film
1 month ago
Jim Carrey "seriously" wants to retire after 40 years in showbiz
2 months ago
People are discovering Ukrainian President Zelensky voiced Paddington Bear
2 months ago
You Are Not My Mother is arguably the greatest Irish horror movie ever made
3 months ago
Here are all the Irish nominees at the Oscars this year
Next Page