A new Ted Bundy documentary is coming to Amazon

Ted Bundy’s long-term girlfriend Elizabeth Kendall, her daughter Molly and other survivors will share their experiences with unsettling new details.

True crime has always held a fascination for many people but in recent years, particularly with the rise of podcasting and streaming platforms, it has become its own small industry.

Documentaries and dramatisations on tragic real-life stories tend to draw big audiences, so it's no surprise to see another Ted Bundy project happen along. 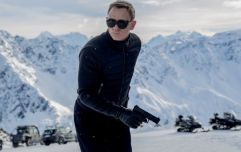 END_OF_DOCUMENT_TOKEN_TO_BE_REPLACED

The five-part documentary is anchored by the story of Bundy’s longtime girlfriend Elizabeth Kendall and her daughter Molly, who, after nearly 40 years of silence, are sharing their experiences with new details about Bundy, the attraction he held for women and an extensive archive of never-before-seen family photos.

A chorus of women's voices will back them up - including survivors of Bundy's attacks, some of whom have chosen to speak out for the first time - comprising of news reporters, detectives, students and post-conviction lawyers among others.

The docu-series will launch on Friday 31 January, 2020 on Amazon Prime Video.

You can view the trailer below.

The Big Reviewski || JOE · TBR Spotlight: Loki - Episode Two - 'The Variant'
popular
There are four big movies arriving in Irish cinemas this week
Simon Harris says colleges to offer online learning alternatives after September reopening
"If we don’t get what we want... we're coming back with a vengeance." Thousands gather in Dublin for Mica protest
The 50 most iconic songs of all time* have been revealed
Teenager arrested after pointing gun at woman and pulling trigger during attempted robbery in Drogheda
Search continues for missing Dublin man in Wyoming mountains
QUIZ: Take on this tasty challenge of your General Knowledge skills
You may also like
3 months ago
New survey shows 40% of people in Ireland bought from Amazon UK this year
4 months ago
Amazon set to open first fulfilment centre in Ireland (Report)
7 months ago
Amazon Prime Video causes chaos on social media after it united Ireland on Saturday
7 months ago
QUIZ: Can you name all the heroes on The Boys?
8 months ago
The Boys fans loved the massive climatic showdown with Stormfront
8 months ago
Lord of the Rings TV show rumoured to include sex and nudity
Next Page