In the grand scheme of David Fincher's career, The Game is the one that gets forgotten about the most.

Not an odd misfire like Alien 3 or Benjamin Button, not one of his killer thrillers like Se7en, Gone Girl or Dragon Tattoo, not one of his instant classics like Zodiac or Fight Club, and not one where he just felt like shown off like Fight Club or Panic Room.

No, The Game sits out on it's own on Fincher's CV, released between critically acclaimed hits Se7en and Fight Club, and even a few years ago he told Indiewire that he should have listened to his wife and not directed it: 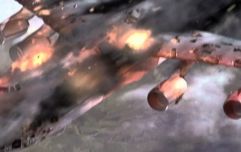 END_OF_DOCUMENT_TOKEN_TO_BE_REPLACED

“…in hindsight, my wife was right. We didn’t figure out the third act, and it was my fault, because I thought if you could just keep your foot on the throttle it would be liberating and funny. I know what I like, and one thing I definitely like is not knowing where a movie is going. These days, though, it’s hard to get audiences to give themselves over. They want to see the whole movie in a 90-second trailer.”

The ending of The Game truly is a make or break moment for the majority of the audience, but everything up to that point is evidence of a master manipulator, pulling the strings of the audience, who have no idea let alone what is coming next, but why these things are happening. Something that is very much alluded to the first teaser trailer for the movie:

Released in cinemas on 12 September 1997, the film had previously gone through a few permutations, originally to be directed by Jonathan Mostow (Breakdown, Terminator 3) with Kyle McLachlan and Bridget Fonda in the lead roles, but a delay in the production pushed all three out of their roles.

Fincher was then brought on board, and he recruited Andrew Kevin Walker (the writer of Se7en) to darken the lead character's traits even more, something which then attracted Michael Douglas to the project.

The supporting roles were offered to Jodie Foster, who dropped out when Contact's shoot ran over, and Jeff Bridges, who outright declined, and those parts were instead cast with Deborah Kara Unger (who auditioned for the role by sending in a 2 minute sex scene from David Cronenberg's Crash) and Sean Penn.

END_OF_DOCUMENT_TOKEN_TO_BE_REPLACED

If you haven't seen the movie, the plot involved Nicolas Van Orten (Douglas) playing a rich, powerful, but thoroughly cynical businessman who is given a very interesting 48th birthday present by his estranged brother Conrad (Penn). It involves Nicolas going to Consumer Recreation Services (CRS), going through a battery of tests, and having an experience tailored to his results. However, once The Game begins, Nicolas soon finds that every aspect of his life has begun spiraling out of control, and that the people of CRS are more interested in taking all of his money and killing him...

It also so happens that Nicolas and Conrad's father committed suicide on his 48th birthday, something that very much haunts them both to this day.

Fincher told the Washington Post that there were three primary influences on The Game and Michael Douglas' character: "a fashionable, good-looking Scrooge, lured into a Mission: Impossible situation with a steroid shot in the thigh from The Sting."

While all of those influences are very evident, we'd go two further: (1) Alice In Wonderland, with the lead character being dragged through a familiar but twisted version of their own world filled with personal pain, and (2) It's A Wonderful Life, another example of a "what-if?" scenario involving a powerful man shown the error of his ways through forces outside of his control (and a bit of a dud at the box office too, believe it or not).

Following the success of Se7en at the box office ($327 million), The Game suffered poorly in comparison ($109 million), and while the "What's in the box?" ending of that movie had everyone talking in barely hushed whispers, the "What the f*ck just happened?" ending to The Game didn't quite stick the landing, but this was something Fincher was very much aware of, telling The Independent at the time: "movies usually make a pact with the audience that says - we're going to play it straight. What we show you is going to add up. But we don't do that. In that respect, it's about movies and how movies dole out information." 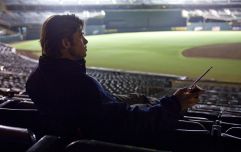 END_OF_DOCUMENT_TOKEN_TO_BE_REPLACED

So much in The Game requires precision beyond human capability: the bullets tearing up Christine's (Unger) apartment, the dogs attacking but not too hard, Nicolas' wife and house-maid not being involved but also not giving the game away, the taxi scene not to go horrifically wrong...

... and yet Fincher says this a movie about losing control, and being okay about that: "The purpose of The Game is to take your greatest fear, put it this close to your face and say 'There, you're still alive. It's all right'."

Which is ironic, coming from a director who meticulously controls every aspect of every film he's been a part of since Alien 3 self-destructed around him. Perhaps this was his way of dealing with those demons, that after seeing his career as a director potentially go up in flames right before his eyes with his first movie, he survived it, and came out the other side even stronger.

Perfection is something that Fincher has dealt with a lot in his career since then, both on screen - the seemingly perfect marriage of Gone Girl, the destruction of the perfect image on manhood in Fight Club, getting away with the perfect murders in Dragon Tattoo - and behind the screens - getting poor Jake Gyllenhaal to do nearly 100 takes of just putting a coffee cup down in Zodiac before it looked just right to him, or the framed-to-within-an-inch-of-its-life tracking shot in Panic Room - so it is interesting that he would champion the upsides of losing control with The Game.

This, coupled with the uniquely foreboding atmosphere, and handcuffing the viewer to a mostly unlikable character and still getting us to root for them, is exactly why The Game didn't win lovers over at the time, but why it deserves that second chance now.

No other film manages to take something as powerfully real as depression, loneliness and suicidal thoughts, and then has the balls to make a break-neck psychological thriller out of them. The Game isn't exactly fun to play, but it is one that'll play on your mind for a long time afterwards.

The Big Reviewski || JOE · The Big Reviewski with Ray Liotta, Goodfellas facts & Tom Hanks making us cry
popular
EU lorry drivers vow not to help UK get “out of the s**t they created themselves”
Netflix has just added arguably the very worst movie of the last decade
Energy supplies in Ireland entering "very tight situation", says Eamon Ryan
Four major employers join forces to create Ireland’s first remote working alliance
Here’s what graduates from Irish colleges can expect to earn in the workplace
Up to 90% of petrol stations in the UK have run dry
The JOE Movie Quiz: Week 121
You may also like
5 days ago
Ireland reveals entry for the 2022 Best International Feature Film Oscar
5 days ago
One of the most-anticipated movies of the last few years is finally available to watch at home this week
5 days ago
Michael Gandolfini on playing the young Tony Soprano in the new Sopranos prequel movie
1 week ago
Ranking Daniel Craig's James Bond movies from worst to best
1 week ago
The most popular theory about The Matrix Resurrections is absolutely wild
2 weeks ago
WIN: We've got some incredible Shang-Chi prize packs to give away
Next Page