Are you free and in Ireland this weekend?

We're all guilty of devoting a weekend or two to Netflix in our time. Sometimes we binge watch a new series in the same day it was released, or even worse, watch something we've seen from the start for the 13th time.

But we are here to present you with an opportunity to spend your weekend actually making your way into a Netflix series, rather than watching one on the couch. 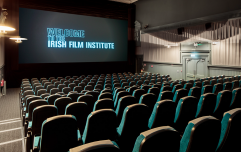 END_OF_DOCUMENT_TOKEN_TO_BE_REPLACED

There is an open casting call for people in their late teens, and early years of adulthood, to appear in a live-action Netflix series based on the popular Italian animated franchise Winx Club.

Applicants would have the chance to be extras in the series, and must be between 18 and 25 years of age.

Extras must also have good availability, with an interest in athletics, martial arts, boxing, swimming and acting heavily preferred.

If you are interested in watching yourself on the tele the next time you're doing a bit of Netflix and Chill, pop down to the open casting in Wynn's Hotel on Abbey Street in Dublin on Saturday 17 August between 9am and 6pm. 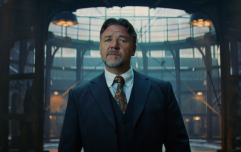 END_OF_DOCUMENT_TOKEN_TO_BE_REPLACED

The role is a paid, part-time position.

The official plot description for the series reads as follows:  "Tucked away in a mythic parallel world, the Alfea School has trained Fairies in the magical arts for thousands of years, but it’s never had a student quite like Bloom.

"Raised in the human world, she’s headstrong, kind… and dangerous. Within her is a power that could destroy both worlds, or save them. To control it, she has to control her emotions. She’s a teenager. How hard could that be?"

popular
Amazon Prime Video has just added 38 very big movies to its library
The start of the superhero takeover of Hollywood is among the movies on TV tonight
Ashton Kutcher opens up about rare disease that left him unable to see or walk
Did you spot the explosive detail in the latest episode of The White Lotus?
The Pogues’ Shane MacGowan rushed to hospital
We just got the first trailer for a movie not out until 2024
'America's Unknown Child' identified solving mystery after 65 years
You may also like
2 weeks ago
Dublin nightclub suspends security guard following racism allegations
3 weeks ago
QUIZ: How well do you know the towns and villages of Dublin?
1 month ago
6 deadly whiskey distilleries and experiences to try out in Dublin
1 month ago
Man in serious condition following assault near Connolly Station in Dublin
1 month ago
Gardaí investigating "all the circumstances" following discovery of woman's body near Luas tracks
1 month ago
Two girls seriously injured in crash involving car and pedestrians on busy Dublin street
Next Page