VIDEO: Check out Sylvester Stallone and Hollywood stars at the Premiere of the new Rocky film, Creed

The return of Rocky...

Creed is released in Irish cinemas on 15 January and tells the tale of Adonis Johnson Creed, the son of boxer Apollo Creed. 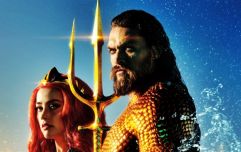 COMPETITION: Win a VIP trip to London to the Aquaman Premiere & meet the star of the film Jason Momoa

END_OF_DOCUMENT_TOKEN_TO_BE_REPLACED

Michael B. Jordan stars alongside Sylvester Stallone's returning Rocky as Adonis, the young boxer who has a lot to live up to, both in and out of the ring.

Directed by the very talented Ryan Coogler (Fruitvale Station and Marvel's Black Panther), Creed is already shaping up to be one of the best films of 2016, with critics rightly heaping praise on the performances of both Jordan and the award-winning Stallone.

Make sure you also keep an eye on JOE for our exclusive interviews with the film's stars later this week.

Speaking of the film's stars, they're out in force in London for the European Premiere and you can check out the live Creed feed of the event below.

By the way, there's no point in screaming "ADDDDDRRRRIIIIAAAAAAANNN" at Sylvester Stallone because he's just not paying any attention to us.

Check out the trailer for Creed right here...

The Big Reviewski || JOE · The Big Reviewski with Ray Liotta, Goodfellas facts & Tom Hanks making us cry
popular
Revolut finally rolls out feature which allows users access wages before payday in Ireland
One of the most-anticipated movies of the last few years is finally available to watch at home this week
Kings of Leon announce first Irish shows in five years
Seven people hospitalised after huge fight at Tuam cemetery
10 years ago this week, the best sports movie ever made was released in cinemas
Derry Girls to come to an end after its next season
Retail billionaire calls on unvaccinated people to be banned from shopping centres
You may also like
3 months ago
People in shared ownership housing can’t swim in world’s first ‘floating’ pool
5 months ago
Mum of missing teenager told "we can’t find your son if you can’t" by police
8 months ago
Major incident declared in London as Covid cases overwhelm hospitals
11 months ago
Police officer shot dead in south London
1 year ago
Far-right demonstrators clash with police in London over Churchill statue
1 year ago
Man shot dead following terrorist-related incident in London
Next Page