Video: JOE meets Irish actors Peter Coonan and Killian Scott, stars of Get Up And Go

Written and directed by Brendan Grant, Get Up And Go is a brand new Irish film starring two of this country's most talented acting talents, the talented Peter Coonan and the talented Killian Scott.

Did we mention they're talented? Because they are.

Get Up And Go tells the story of Coilin (Scott), a stand-up comedian, and Alex (Coonan), a musician, two friends in their 20s living in Dublin whose dreams of artistic greatness haven’t quite worked out. 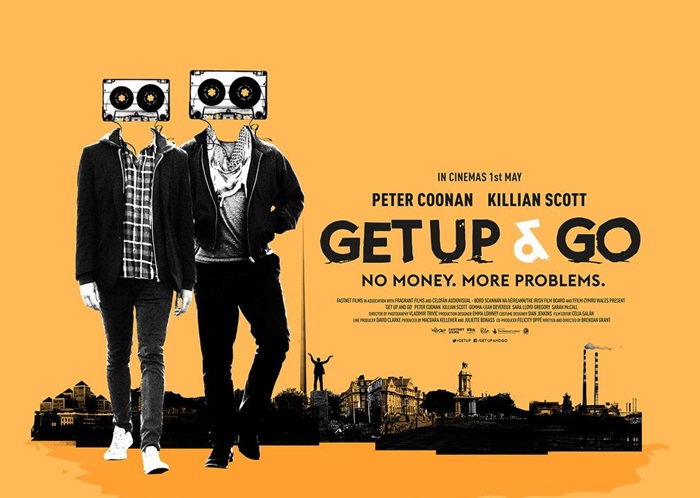 END_OF_DOCUMENT_TOKEN_TO_BE_REPLACED

Coonan and Scott are instantly-recognisable thanks to their super performances in the hit RTÉ gangland drama, Love/Hate, and we sent resident wannabe criminal, Eoghan Doherty, along to talk to the two guys about their latest film roles.

You'll be relieved to hear that there were no questions about fizzy orange, false teeth or forcefully-inserted pool cues, instead focusing on important matters like The Big Lebowski and the the natural body odour of musky men.

We also sat down with the pair to spin the JOE Tombola of Truth...

The film is in Irish cinemas now and you can check out the trailer below:

popular
Secretary-General for Department of Health receives €81,000 salary increase
Amazon Prime Video has just added 16 big movies to its library
18-year-old woman attacked with metal pole by three men in Belfast
The Tinder Swindler review: Exactly the kind of documentary Netflix should be making
Report finds "significant harm" caused to 46 children and young people at Kerry mental health service
QUIZ: Can you get 10/10 and correctly name all of these fruits?
Toddler dies after being struck by car in driveway in Cork
You may also like
1 day ago
8 great new (and classic) additions coming to Prime Video in February
5 days ago
The 10 must-watch new (and old) arrivals coming to Disney+ in February
6 days ago
The ultimate Friday night film and 6 more movies and shows to watch this week
1 week ago
David Jason says he wants to play Del Boy in Only Fools And Horses again
1 week ago
Peaky Blinders stage show debuting in 2022
1 week ago
One of the greatest Marvel movies ever is among the movies on TV tonight
Next Page