WATCH: Colin Farrell had the audience in stitches with this manscaping mishap story on Ellen DeGeneres

Colin Farrell appeared on The Ellen DeGeneres Show this week and he certainly made his appearance memorable.

In a section where stars tell embarrassing stories to raise money for charity, he decided to share a rather personal, almost intimate story, about himself and his manscaping exploits... prior to his first sex scene in a movie.

END_OF_DOCUMENT_TOKEN_TO_BE_REPLACED

“There was a sex scene in it, and I was very nervous because I’d never done a sex scene,” Farrell said. 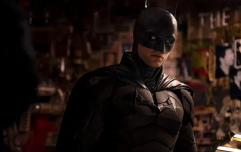 END_OF_DOCUMENT_TOKEN_TO_BE_REPLACED

“I went up to the director, Joel Schumacher, and I had a dressing gown on and nothing underneath. I was obviously so nervous that I lost my mind for a second because I opened my dress and I said, ‘Is it a bit…?’ Because, like most men, I had what you could refer to as ‘retro bush.’”

Schumacher's reaction prompted Farrell to undergo some last minute lawn maintenance, so he ran to the make-up truck and borrowed a beard trimmer (which he reckons was never used again after this).

“I went into my trailer, I got a bin and I put it [below his groin],” he told Ellen.

“I was nervous and I trimmed the right side a little bit, and obviously I had to match it, so I trimmed the left. But I overshot the mark by a little bit, so I had to get back in and approach the right again. “I overshot that, and at this stage, I was sweating. I went back in and reapproached the landing on the left, and then I looked down and I had a little landing strip — a lovely, lovely little landing strip.”

popular
Bus Éireann’s service from Dublin to London will restart this week
Gardaí unveil new Armed Support Unit vehicles to replace older models
One in two young people likely to not own a home by the time they retire
Rockstar Games reportedly shelving remasters of two of the best games ever made
Conservative Party vice chairman resigns live on TV as Johnson administration thrown into turmoil
An action-packed thriller is among the movies on TV tonight
The full list of cancelled flights in and out of Dublin Airport on Monday (so far)
You may also like
1 month ago
QUIZ: Get ready for a tricky time with this General Knowledge Quiz
4 months ago
WATCH: Colin Farrell picks some incredible Irish actors to play future Batman villains
6 months ago
Here's the line-up for the final Late Late Show episode of 2021
7 months ago
One of the best Irish movies ever made has just been added to Netflix
7 months ago
Colin Farrell to star as lead diver in Thailand cave rescue movie
9 months ago
Colin Farrell's new sexy sci-fi thriller is finally available to watch at home in Ireland this week
Next Page