WATCH: A sneak peek at Denzel Washington, Chris Pratt and the rest of The Magnificent Seven

"Cowboys, Ted! They're a bunch of cowboys!"

While Father Liam Deliverance may have been talking about the shoddy workmanship in the Craggy Island parochial house, we're borrowing his legendary line to describe the cracking cast of the brand new remake of the 1960 cowboy classic, The Magnificent Seven. 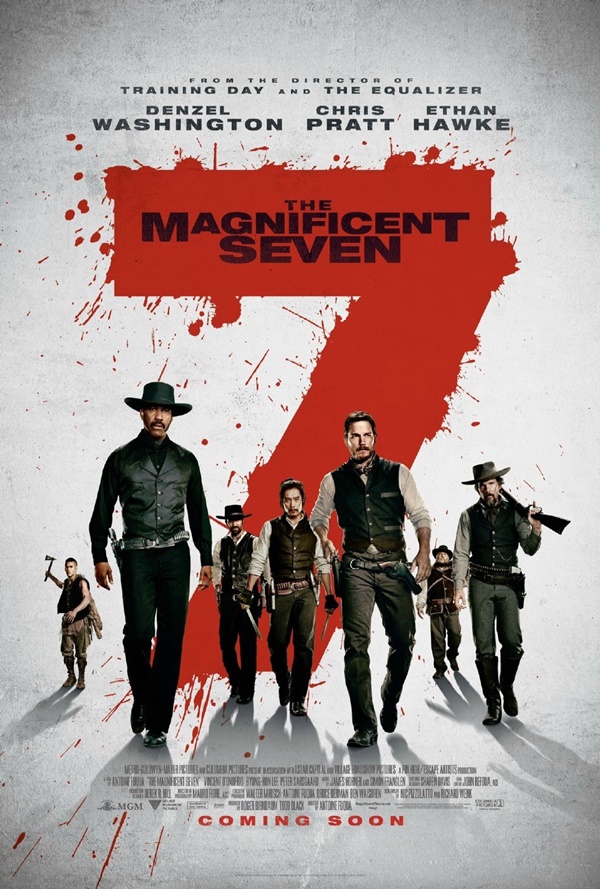 END_OF_DOCUMENT_TOKEN_TO_BE_REPLACED

You may have grown up watching Steve McQueen, Yul Brynner and their posse of pals kicking some badguy bandito butt, but now Antoine Fuqua's new-look version of The Magnificent Seven is hitting the big screen in the latest adaptation of Akira Kurosawa's seminal Seven Samurai.

The film shoots its way into Irish cinemas on Friday 23 September and you may (or may not) be sitting there wondering just who the heck these new gun-slinging guys are, seven strangers fighting as one.

Wonder no more though, because here's a really handy guide to The Magnificent Seven...

3. Manuel Garcia-Rulfo is Vasquez - The Outlaw

Quite the batch of supercool strays, all united in their effort to thwart the aggressive advances of Peter Sarsgaard's bullying badguy, Bartholomew Bogue.

Check out the gun-toting trailer in all its Wild West glory...

The Magnificent Seven shoots its way into Irish cinemas on 23 September.