A huge gig for the Killarney man.

The culinary work of Paul Treyvaud will be streamed into millions of homes, as Amazon Prime has picked up the Kerryman's cooking show.

His YouTube channel - cooking with Treyvaud - has less than three thousand subscribers, but his work will now be streamed into 90 million homes in America alone. 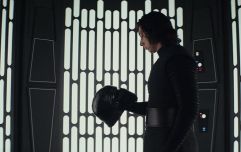 END_OF_DOCUMENT_TOKEN_TO_BE_REPLACED

The series that caught the eye of the massive streaming service, features him travelling around Ireland, cooking some delicious looking meals on the way.

His award-winning restaurant Treyvaud's is located in Killarney, Co. Kerry.

If you are an Amazon Prime subscriber, you can watch the show already, here.

Speaking about his show, Treyvaud said: "The emphasis is on having a laugh when perfecting simple cooking techniques. People are sick of nonsense on the screens, and just want a cooking series that delivers on its promise".

The series features spectacular footage of Killarney, including panoramic views from the top of Cardiac Hill and Mucross House and Gardens.

He has posted his response to the news on his YouTube page, and as you might imagine, he's absolutely chuffed.

Clip via Cooking With Treyvaud

The Big Reviewski || JOE · TBR Spotlight: The Falcon and the Winter Soldier Episode Four - 'The Whole World is Watching'
popular
The 50 most iconic songs of all time* have been revealed
The JOE Movie Quiz: Week 97
Thunder Force review: somebody needs to stop letting Melissa McCarthy's husband make movies
PICS: The man with the biggest penis in the world has one unbelievable problem with it
The JOE Friday Pub Quiz: Week 238
The Falcon and the Winter Soldier is on the precipice of dealing with an incredibly sensitive topic
People think they've figured out the ranking of the viewers on your Instagram Stories
You may also like
2 weeks ago
First-time buyers in the South-West: This virtual First-Time Buyers Masterclass will kickstart your mortgage
3 weeks ago
Michael Healy Rae says calls to change The Kerryman to The Kerryperson are "absolute balderdash"
1 month ago
Appeal made for witnesses following serious road crash in Kerry
2 months ago
Man in his 50s hospitalised after being attacked in his own home in Kerry
2 months ago
Someone in Kerry has just won €1 million in the Lotto
2 months ago
A woman has died following a car crash in Kerry
Next Page