Why police didn't arrest Will Smith at the Oscars

The fallout from a very strange week in the entertainment world continues.

As you will no doubt be well aware by now, Will Smith slapped Chris Rock at Sunday's Academy Awards ceremony. END_OF_DOCUMENT_TOKEN_TO_BE_REPLACED

Since that shocking moment, Smith won the Oscar for Best Actor and gave an emotional speech, old jokes by Rock that may have played a part re-emerged, alternative angles of the slap have surfaced, and a formal review is underway.

Reports that Smith was asked to leave the event have also joined the conversation, though this has quickly been disputed.

As we said, a very strange week. And it's not over yet.

Many have wondered just why Smith was allowed to remain at the show after his onstage altercation with Rock. 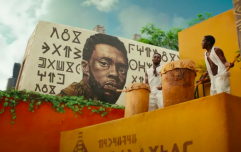 END_OF_DOCUMENT_TOKEN_TO_BE_REPLACED

It had been speculated that Academy of Motion Picture Arts and Sciences by-laws prohibit event officials from taking action in the event of such an incident, though it appears that authorities were indeed immediately contacted.

"They were saying, you know, this is battery, was the word they use in that moment,” said Packer. 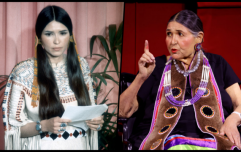 END_OF_DOCUMENT_TOKEN_TO_BE_REPLACED

"They said, ‘We will go get him; we are prepared. We’re prepared to get him right now. You can press charges. We can arrest him.’

"They were laying out the options, and as they were talking, Chris was being very dismissive of those options.

The Los Angeles Times notes that there is no deadline attached should Rock change his mind and thus could file a complaint at any point in the future.

"For misdemeanour crimes, the victim cooperation is important in successful prosecution," said an LAPD spokesperson.

Smith issued a statement on Monday, admitting that his actions were "unacceptable and inexcusable", while finally offering a direct apology to Rock.

"Violence is all its forms is poisonous and destructive," said Smith.

popular
We just got the first trailer for a movie not out until 2024
Kirstie Alley: Cheers star dies aged 71
Amazon Prime Video has just added 38 very big movies to its library
The Banshees Of Inisherin is arriving on Disney+ sooner than you might expect
5 must-watch shows and movies streaming on NOW in December
Mia Khalifa claims seaside town is better than Miami
Woman hit by rollercoaster is trapped in own body after finally awaking from coma
You may also like
2 months ago
2023 Oscars: Here are our predictions for the 10 Best Picture nominees
3 months ago
"Nicest joke I ever told!" – Chris Rock pokes fun at infamous 'GI Jane' gag
3 months ago
Chris Rock says he turned down offer to host next year's Oscars after Will Smith slap
4 months ago
An Cailín Ciúin selected as Ireland's entry for the 2023 Oscars
4 months ago
WATCH: Will Smith finally addresses the infamous Chris Rock Oscars slap
7 months ago
Liam Payne finally explains weird accent during hilarious Oscars interview
Next Page