COMPETITION: Win tickets to Irish Premiere screening of new Margot Robbie movie, Birds Of Prey (And The Fantabulous Emancipation Of One Harley Quinn)

Mayhem at its finest!

Guess who's back, back again?

After splitting up with Joker (remember him?), it's time for everyone's favourite bubblegum-chewing, baseball bat-bashing bad girl to tell some twisted tales of her own.

END_OF_DOCUMENT_TOKEN_TO_BE_REPLACED

When one of Gotham’s most nasty villains puts a target on a young thief called Cassandra Cain, the city is turned upside down looking for her. It's up to Harley Quinn and her unlikely foursome of ass-kicking Birds Of Prey to take the wicked man down.

With Margot Robbie back on board as Harley Quinn, she's joined by Mary Elizabeth Winstead as Huntress, Jurnee Smollett-Bell as Black Canary, Rosie Perez as Renee Montoya and Ewan McGregor as the evil Roman Sionis AKA Black Mask.

Just look at him there, being evil... 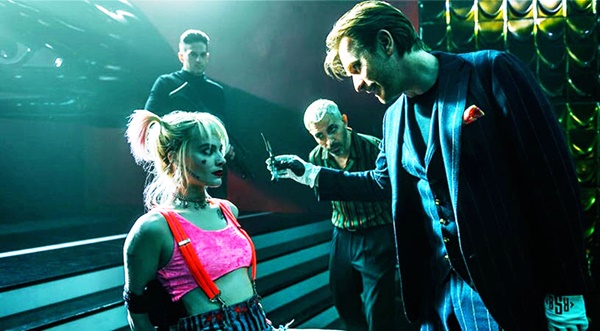 To mark the release of Birds Of Prey (And The Fantabulous Emancipation Of One Harley Quinn) in Irish cinemas on 7 February, The Big Reviewski and Warner Bros. Pictures and DC have teamed up to offer you and a friend the chance to win a pair of tickets to the Irish Premiere screening.

The Irish Premiere screening will take place on Wednesday 5 February in Dublin at 7pm (doors open at 6.30pm).

All you have to do to be in with a chance of winning this prize is answer the very simple question below:

(CLUE: The really obvious answer is in the first FIVE minutes of the below episode of The Big Reviewski. Simply hit PLAY to get the answer.)

Check out the brilliantly bonkers trailer for Birds Of Prey (And The Fantabulous Emancipation Of One Harley Quinn) right here...

Birds of Prey (And the Fantabulous Emancipation of One Harley Quinn), Certificate 16, will be released in Irish cinemas on 7 February 2020

popular
Paul Murphy says there will be 2014-style mass protests if the Government re-introduce water charges
Man arrested after walking into Garda Station, spraying petrol on Gardaí and attempting to light it
Seth Rogen shocks fans after shaving beard off
Ireland seeing worst hospital overcrowding since the Covid-19 pandemic began, says INMO
Here are the best movies on TV this evening
The 50 most iconic songs of all time* have been revealed
Minister for Housing invested €30,000 into real estate investment fund
You may also like
14 hours ago
"I don't want to be Tom Holland!" - Dave Bautista on the difficulty of keeping big Marvel secrets
1 day ago
JOE's new podcast series will be giving weekly breakdowns of The Fast & Furious Saga
1 day ago
WATCH: We get our first look at Tom Hardy's new adversary in Venom: Let There Be Carnage
1 day ago
Zack Snyder on using The Cranberries' song 'Zombie' in his new movie Army Of The Dead
1 day ago
TG4's new true crime series about murders around Ireland looks unmissable
6 days ago
Benedetta is undoubtedly going to be the most controversial movie of 2021
Next Page