WATCH: New trailer for Season 2 of You shows Joe is just as creepy as ever

Joe is back, but he's going by a different name.

As Christmas approaches, we are on the look out for shows that we are going to binge the hell out of while we're scoffing down a box of Quality Street.

And although the first season of You was terrifying, creepy and fairly gross as a whole, we guarantee a hell of a lot of people will be tuning into the second season when it's released.

But in case you were wondering whether Joe had learned his lesson from the genuinely horrific acts he committed in the first season, he hasn't.

Based on the new trailer, he's still a dangerous lunatic.

He has moved to LA, and is operating under the name Will, while hypocritically judging every LA native around him for not being true to themselves.

We're sure he doesn't see the irony, the big creep.

Take a look at the new trailer here: 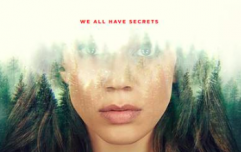 END_OF_DOCUMENT_TOKEN_TO_BE_REPLACED

Ugh. So gross. As you can tell, the show won't be straying too far from the first season.

Showrunner Sera Gamble said: "Netflix was clear they wanted us to give them a show that was like Season 1. They basically said, ‘It’s not broke, don’t fix it.’"

Season 2 of You will be released on 26 December on Netflix.


popular
The JOE Friday Pub Quiz: Week 174
Paddy Holohan has been suspended from Sinn Féin over his claims that "scum" underage girls were having sex with men and blackmailing them
Paddy Holohan has been suspended from Sinn Féin with immediate effect
Hank Azaria will no longer voice Apu on The Simpsons
QUIZ: How many of these Disney Channel TV shows can you name?
Leo Varadkar hurries away from questions about "corporations and parasite landlords" on campaign trail
The worst Eminem lyrics of the past 10 years
You may also like
1 day ago
There might not be a third season of Mindhunter, after all
2 days ago
David Attenborough’s new Netflix documentary looks absolutely breathtaking
3 days ago
WATCH: Netflix use cutting edge technology for their new nature documentary series Night On Earth
3 days ago
Netflix has renewed You for a third season
4 days ago
Season 14 of Always Sunny arrives on Netflix this week
6 days ago
5 new additions to Netflix to spend your weekend watching
Next Page