Up and up for Kormac.

Irish producer Kormac first earned praise with his debut album, described by Noisey as a “melodic bustle of jazz and hip hop, mashed together… from years of dedicated crate-digging”.

His artistic crosshairs changed with sophomore album ‘Doorsteps’ where Kormac set about making his own organic bank of source material. 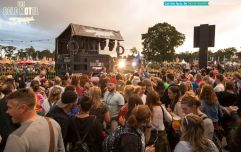 END_OF_DOCUMENT_TOKEN_TO_BE_REPLACED

The pursuit led him to work with Micah P. Hinson, Speech Debelle, and Bonobo vocalist Bajka; which gives you some indication of Kormac’s pliability. 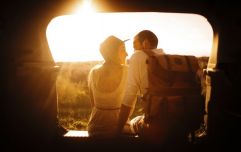 PIC: This caravan is absolutely ideal for music festivals and it's up for sale

END_OF_DOCUMENT_TOKEN_TO_BE_REPLACED

New track ‘I Believe’ is one of a plethora of new material that Kormac has been writing in his Dublin studio over the last year and tees up his next phase of releases.

Never one to be pigeonholed, his new work offers a broad palette of sounds that are as good at home or in the car as on the dancefloor. Amongst the funk beats and dancing piano melody of ‘I Believe’, we’re told that the track takes influence from spiritual jazz and old gospel recordings.

In the artist’s own words “we really tried to make all the elements sound like they were in a small, wooden church, from the choir's clapping to the beaten up, old piano.”

‘I Believe’ was initially written as a closing tune for the AV show that Kormac has been touring but such was the reaction that he decided it needed to be released; yet another indicator that this is truly an artist at the top of his game.

popular
One of the best movies of the decade has just been added to Netflix
Country singer Jake Flint, 37, dies in his sleep just hours after his wedding
20 years ago, one of the best sci-fi movies of the 21st century was a box-office bomb
Katherine Ryan says famous TV star is a ‘predator’ and everyone in industry knows
Surprise frontrunner emerges as potential next James Bond as producers 'love him'
U2 drummer Larry Mullen Jr. says band may perform without him in 2023
Jonah Hill files petition to legally change his name
You may also like
5 years ago
Unmissable events at this year's Body & Soul
5 years ago
Body & Soul will have its own cinema; these are the films you can catch
5 years ago
Everything you need to know about the Bulmers Lounge line-up at Body & Soul
5 years ago
Lambchop is one Body & Soul act you won't want to miss
5 years ago
Introducing Buckfast Beer, the greatest drink ever invented
5 years ago
If you're going to Body & Soul, make sure you catch King Kong Company
Next Page