CONFIRMED: There will be a Slane Castle concert in 2019

Lord Henry Mountcharles is currently negotiating with the next band.

Slane Castle will play host to a major concert in 2019, it has been confirmed.

The announcement was made by the owner, Lord Henry Mountcharles during an interview on LMFM's Late Lunch radio show on Thursday afternoon. 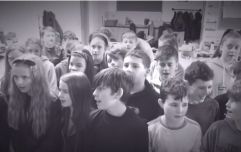 END_OF_DOCUMENT_TOKEN_TO_BE_REPLACED

Currently, negotiations are nearing completion to bring a band to the iconic County Meath venue in early June 2019.

Dispelling rumours that Paul McCartney would be next in line to perform, he was able to say that the band planned has not yet played there, effectively ruling out U2, the Rolling Stones, Bruce Springsteen and Red Hot Chili Peppers.

Slane Castle has played host to an array of artists since 1981, with the most recent group being Guns 'n' Roses in May 2017. That however, marked the first time that Mountcharles was unable to attend the concert due to illness.

Then, in February he confirmed that there would be no concert in 2018, while also sharing with readers of his Mirror column that he had returned to his home on 29 January, having been “on a knife edge” and on the verge of death in St James’s Hospital in Dublin last year.

One of the major reasons however, for there not being a concert this year was due to his involvement in establishing a new whiskey brewery and restaurant at the Castle.

popular
Katherine Ryan says famous TV star is a ‘predator’ and everyone in industry knows
20 years ago, one of the best sci-fi movies of the 21st century was a box-office bomb
Surprise frontrunner emerges as potential next James Bond as producers 'love him'
QUIZ: Only the sharpest will get 100% in this General Knowledge test
Very popular US fast food chain planning to open in Ireland
The JOE Movie Quiz: Week 181
The JOE Friday Pub Quiz: Week 322
You may also like
1 month ago
Tayto Park's brand new name has finally been revealed
3 months ago
Two men injured after serious single-car crash in Meath
3 months ago
Woman in her 20s dies following fatal assault in Meath
4 months ago
Gardaí renew appeal over 2014 murder of 26-year-old Paul Gallagher in Meath
4 months ago
Major DART expansion set to begin construction in 2024
6 months ago
Over €1.5 million worth of drugs seized by Gardaí in Kildare
Next Page