The natural step up.

It's a good time to be a Dermot Kennedy fan right about now.

There's a brand new single out - get that below - two nights supporting Mumford & Sons in Malahide Castle this weekend, and debut album Without Fear arriving on 27 September. 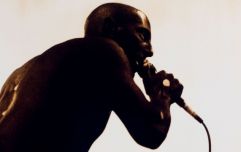 END_OF_DOCUMENT_TOKEN_TO_BE_REPLACED

But first, news of Kennedy's biggest Irish show to date.

Officially announced on Thursday afternoon, Kennedy will headline Dublin's 3Arena on Sunday 22 December, with special guests to be announced.

Tickets priced from €39.90 go on sale Friday 21 June at 9am via Ticketmaster and usual outlets nationwide.

Keep an eye on JOE this weekend for a lengthy chat with the man himself.

In the meantime, you can check out new single 'Outnumbered' below.

The Big Reviewski || JOE · The Big Reviewski with Ray Liotta, Goodfellas facts & Tom Hanks making us cry
popular
Four major employers join forces to create Ireland’s first remote working alliance
Netflix has just added arguably the very worst movie of the last decade
Up to 90% of petrol stations in the UK have run dry
Here’s what graduates from Irish colleges can expect to earn in the workplace
Legendary metal band Tool announce first Irish show in over 15 years
Plans for new bank holiday now at an "advanced stage"
QUIZ: How well do you know the Daniel Craig era of James Bond?
You may also like
4 days ago
It looks like Garth Brooks will play FIVE nights in Ireland after all
5 days ago
QUIZ: Can you get 10 out of 10 in the ultimate Ed Sheeran lyrics quiz?
5 days ago
Ed Sheeran announces extra show in Dublin's Croke Park as part of major 2022 tour
1 week ago
Fatboy Slim announces two major Irish shows for 2022
1 week ago
Ed Sheeran announces three Irish shows as part of major new tour
1 week ago
Garth Brooks gives cryptic response when asked about Ireland concerts
Next Page