Good things come to those who wait, and Ed Sheeran knows it.

Ed Sheeran has been working on a secret album for the last six years.

The 26-year-old has been constantly working on the project alongside his regular material, writing songs for this more experimental record since the release of his debut album + (Plus). 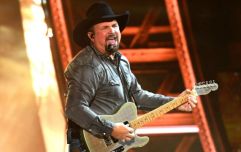 END_OF_DOCUMENT_TOKEN_TO_BE_REPLACED

He has deliberately been extremely slow in the process of making this secret album and admits that of all the writing he does each year, he only puts aside one song a year aside.

Sheeran told The Sun that, "I've been working on this one since the same time as Plus. Every year I write a song that will go on it. So I have about six, seven at the moment. It's not necessarily experimental but I don't think there'll be any hot radio songs on it this time. It's a very acoustic record, very acoustic."

He also revealed that he thinks his fans may be unhappy with the type of music on the album.

"It's not necessarily experimental but I don't think there'll be any hot radio songs on it this time. It's a very acoustic record, very acoustic."

The singer, who took to the Glastonbury stage on Sunday, says that his fans will have to wait a while before they get to hear the secret album and that it may not even be the next record he releases.

"It will potentially come later, because it's been about six years in the making and it might be another three or four. So I might put other stuff out before then, just to have something out," he explains.

END_OF_DOCUMENT_TOKEN_TO_BE_REPLACED

While the interview mostly focused on Sheeran's half-written, hidden album, he did admit that there was one other superstar he would love to team up with.

"I'm always, always up for working with Justin Bieber," he said. "I'd love to be involved. I've got some ideas. I think he's really talented. And his head's screwed on properly now."

The Big Reviewski || JOE · The Big Reviewski with Y: The Last Man, that Malignant ending & a secret streaming service
popular
It looks like Garth Brooks will play FIVE nights in Ireland after all
One of the most-anticipated movies of the last few years is finally available to watch at home this week
Two women seriously injured following three-car collision in Wexford
Gardaí warn of scam involving "inappropriate or sexual images" after young boy blackmailed for money
Mark Wahlberg and an intense battle are among the movies on TV tonight
The film that predicted the pandemic is among the movies on TV tonight
Woman dies after being struck by lorry in Kildare
You may also like
5 hours ago
QUIZ: Can you get 10 out of 10 in the ultimate Ed Sheeran lyrics quiz?
2 days ago
Fatboy Slim announces two major Irish shows for 2022
5 days ago
Ed Sheeran announces three Irish shows as part of major new tour
7 months ago
QUIZ: Can you name the Ed Sheeran song from a single lyric?
1 year ago
Ed Sheeran is taking another break from music
1 year ago
Ed Sheeran crowned as the UK’s artist of the decade
Next Page