Everything you need to know about Sea Sessions 2019

Sea, sun and sand. For many, they’re three little words that help make the perfect Irish summer’s day. But what makes it even better? Throw in some brilliant live music and you’re onto a winner straight away. That was the idea when Sea Sessions first entered the Irish festival scene in 2009 and a decade on, it has become one of the essential multi-day events on the homegrown summer music calendar. 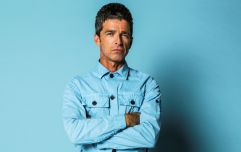 END_OF_DOCUMENT_TOKEN_TO_BE_REPLACED

Now in its 11th year, Sea Sessions 2019  (21-23 June) takes place — as always — in the surfing capital of Bundoran in south Donegal. And surfing is a fundamental part of what makes the festival so unique. Besides some truly great music, you can enjoy competitions featuring Europe’s best big wave riders. And there are loads of beach activities for you to partake in too.

There are plenty of fantastic things to do in Bundoran as well, so all the more reason to build a trip around the festival. From award-winning beaches to massive national parks, you'll more than likely need to make a second trip up after the festival!

But, first, Sea Sessions is primarily about the tunes — and this year they’ve pulled out all the stops to get some eye-catching names on board.

One of the most hyped acts of 2019, Norwegian pop-star Sigrid, will headline on the opening night — which just happens to be the longest day of the year. Her debut album, Sucker Punch, attracted rave reviews on release a few months ago and she has already developed quite a reputation as a wonderful live performer.

We’re also excited by the prospect of Sunday’s headliner, Two Door Cinema Club. The Co Down trio were responsible for a brilliant debut album, Tourist History, a decade ago and their latest offering, False Alarm, will be released a week before Sea Sessions. These guys really know how to get pulses racing on stage. 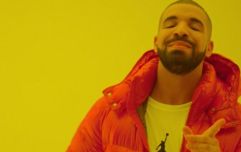 END_OF_DOCUMENT_TOKEN_TO_BE_REPLACED

Dermot Kennedy also plays on the Sunday night and if you haven’t seen him live before, you’re in for a treat. The Dubliner made his name on YouTube initially and has since made great waves in the US. He has some exceptional, crowd-pleasing tunes and we’re not the only ones to tip him for the big time.

But one of the aspects that makes Sea Sessions so different is the long list of fun activities that are only possible due to its stunning setting on the Atlantic.

Saturday morning will see some of Europe’s finest big wave surfers tackling all the ocean has to throw at them as they bid to win a cash prize. It makes for a great spectacle.

There’s plenty of seaside activities to try yourself, too, including beach yoga — although this proved so popular last year that it sold out quickly. Book your place by emailing seasessionsbeachsports@gmail.com.

There’s no shortage of accommodation options but to really get the festival vibe, we’d recommend you avail of the Yippee Boutique Camping experience. You can opt for pre-pitched tent, or you can put those scouting skills to the test by pitching your own. There’s a cool vibe on site as well as a communal tent offering tea & coffee and a mobile phone charging station and, of course, there’s plenty of toilets and showers as well.

Sea Sessions sold out for the past four years in a row, so don’t leave it too late!

Things to do in Donegal (and beyond) 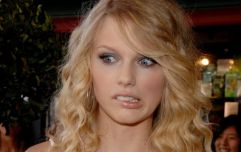 END_OF_DOCUMENT_TOKEN_TO_BE_REPLACED

And if you are up for going outside of Bundoran, make time to check out some of the great attractions of both Donegal and neighbouring Sligo.

Further south, Sliabh Liag is where you'll find Ireland's highest sea cliffs – a must see along the Wild Atlantic Way. A new visitor centre has just opened up there and with 2.5km of new pathway built, you'll get to appreciate more of the incredible scenery than ever before.

You won’t want to stray too far from the Atlantic when in Donegal — and why would you when Donegal has got so many glorious Blue Flag beaches? One of the best, Portsalon Beach in Ballymastocker Bay, was voted the world’s second best beach (after some tropical paradise in the Seychelles), and yet you’ll find you’ll have most of it to yourself.

Bundoran’s closeness to Sligo — Sligo town is about half an hour away by car — makes it perfect to explore Yeats County.

If you have a head for heights, you should make it your business to climb the country’s most distinctive mountain, Benbulben. It’s a four to five-hour round trip on foot and comes with a moderate difficulty rating. The views from the summit, which locals call Sligo’s Table Mountain, will make your efforts worthwhile.

Another spot in Sligo we recommend paying a visit to is Gleniff Horseshoe. If you fancy a bit of a walk, there's a fantastic 13.5km route that lets you take in some of the county's best views.

WB Yeats immortalised the mountain in verse — “under bare Ben Bulben’s head” — and you can immerse yourself in the world of Ireland’s most storied poet by stopping off at the Yeats Building Visitor Centre in Sligo town.

popular
Ryanair set to take first delivery of "Gamechanger" aircraft this month
Three people arrested in search operation targeting dissident republican activity in Cavan
Over 25,000 sign petition for Government to scrap tax breaks for cuckoo funds and build public homes
The JOE Movie Quiz: Week 102
Huge number of businesses plan on employees returning to workplaces in September
The 50 most iconic songs of all time* have been revealed
Leo Varadkar says cyber attack on Department of Health was "unsuccessful"
You may also like
2 days ago
Two Irish actresses head up HBO's epic new fantasy drama The Nevers
3 days ago
COMPETITION: Win a €100 Applegreen voucher by simply telling us your ULTIMATE chicken fillet roll combo
4 days ago
COMPETITION: Win an epic weekend of watersports on amazing Achill Island for you and your housemate
1 week ago
Here's how you can play for the $396 million U.S Mega Millions jackpot from Ireland
1 week ago
WATCH: Michael Fry has discovered the perfect way to be an absolute dote to his Godmother Catherine
1 week ago
[CLOSED] COMPETITION: Win a star-gazing camping adventure to the stunning Aran Islands for you and your housemate
Next Page