OFFICIAL: Ed Sheeran is filming a video in Ireland and he's looking for Irish dancers

Fancy being in an Ed Sheeran video? Now's your chance.

Ed Sheeran has never hid his love for Ireland and it's clear that the time he spent as a busker in Galway has influenced his new album.

Speaking with 2fm’s Eoghan McDermott, the Lego House and Thinking Out Loud singer revealed that he has two songs on his new album that were influenced by time he has spent in Wexford and Galway.

Sheeran says " there's a song on the new album that I think is really, really going to explode in Ireland" because "it has something to do with Galway".

The song is a collaboration with a trad band from Belfast and it features a fiddle, pipe and a bodhran. The singer also said that this new track is so good that he "won't be able to play another song in Ireland again because this will be THE song."

This wasn't the only bit of good news for any Irish fans of Ed Sheeran because he's also confirmed that the video for this track will be filmed in Ireland. 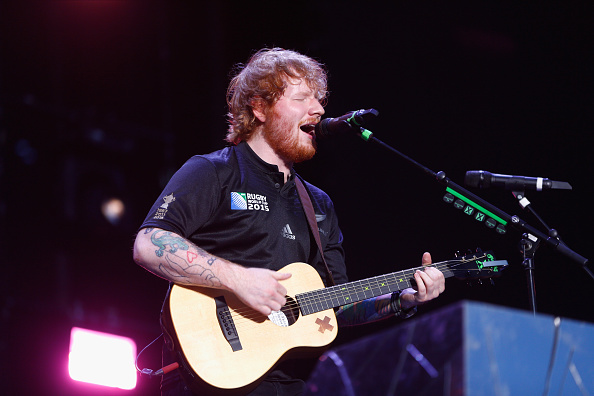 "I'm going to drop another couple of songs before the album comes out but I should be over there (Ireland) soon. So, I guess when I'm over there, I'll put something out in a professional capacity. I'm definitely shooting a video for the song in Ireland", he added.

There is one special requirement however: you must be able to ceili dance. 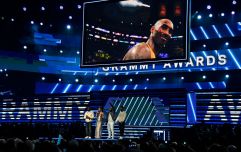 END_OF_DOCUMENT_TOKEN_TO_BE_REPLACED

“I will be doing it [casting] because I need proper ceili dancers", he said. Sheeran also revealed that there's "a song on the bonus CD that's about Co Wexford, so there's two Irish jams on there".

So, who fancies starring in an Ed Sheeran video? Can you still remember all those Irish dancing lessons that you took as a kid? If not, maybe it's time to head out into town and practice your Riverdance routine!


popular
Take some time to watch the music video for James Blunt's 'Monsters'
The JOE Movie Quiz: Week 38
LEON to open its second Dublin restaurant in February
Barry Keoghan has never looked scarier than he does in Calm With Horses
Heavy snow impacts flight schedule at Knock Airport
QUIZ: Name the missing word from these famous Dumb and Dumber quotes
Edge makes electrifying return at WWE Royal Rumble
You may also like
1 day ago
"We wanted to be unapologetically ourselves" - The Scratch in conversation
1 week ago
Dublin's Olympia Theatre to host Bohemian Rhapsody and The Greatest Showman sing-a-longs
1 week ago
Spotify is releasing playlists and podcasts for your pets
2 weeks ago
QUIZ: Can you name these traditional Irish songs from just one lyric?
2 weeks ago
Lewis Capaldi's 'Someone You Loved' officially the biggest song in Ireland for 2019
2 weeks ago
A new Mac Miller album is coming out next week
Next Page