PIC: Out of all the Prince tributes, this one by a superfan might be the most poignant

"I’d seen him play to audiences ranging from 50 to 50,000 and he’d intuitively know what to do to make every person feel involved."

It's fair to say that Prince transcended music during his glittering career, with his impact on fans going far beyond the plethora of fantastic tunes he shared throughout the years.

Superfan Robin Lee's adoration is perfectly summed up by this Facebook post, where he describes Prince's ingenuity, showmanship, business acumen, mystique and sheer talent, while also sharing an image of a wonderful piece of memorabilia and a terrific personal story involving the pair. 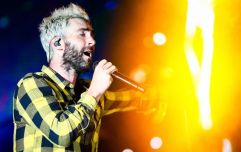 END_OF_DOCUMENT_TOKEN_TO_BE_REPLACED

If you're a Prince fan then this read will bring a smile to your face.

Here is the full message:

Prince will never have me stood with a nervous stomach in the minutes before he hits the stage again. I’m glad I spent so much time on him and his stuff because it’s been incredible. The only day in my life I’ve never wanted for anything was the day I saw him play 3 club gigs in one 24 hour period.

I am pissed off he’s gone because I was hoping to get another 30 years out of him.
He wasn’t aloof or weird or a recluse, he was a cheeky scamp who wanted to do his thing and not be intruded upon, don’t most people want that? Last weekend he cycled, alone, to the record shop he’s used since he was a kid and bought Talking Book by Stevie Wonder on vinyl.

It’s fitting that he died in the studio that had been his playground for many years.

On August 14th it will be 30 years since the first time I went to see Prince. I’ve seen him around 35 times, that’s about 85 hours watching him. I’ve spoken to him, he called me by my name, he jokingly gave me the job as his manager, then went into a great song called ‘Dreamer’. The second to last time I saw him, it was in a club, he smirked and nodded at me and reached over to give me his plectrum.

I don’t know how many thousands of gigs I’ve seen, nobody does them like Prince did. A performer and artist entirely in command of any situation, he could win anyone over, he could spin a gig on a nod and wasn’t afraid to try new material out, safe in the knowledge that if the gig risked flattening he’d pull something out of his cannon seconds later. He knew how to scale a gig, I’d seen him play to audiences ranging from 50 to 50,000 and he’d intuitively know what to do to make every person feel involved. If you were at Hop farm in 2011 he turned a grazing field into a midnight disco, 3 encores after everyone thought he was done for the night. 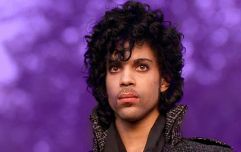 END_OF_DOCUMENT_TOKEN_TO_BE_REPLACED

I’ve seen him come out of a flying pirouette into the splits, prod a security guard in the ribs and signal to him that he saw something going on that he didn’t like on the balcony but still be shredding a face melting guitar solo he’d been playing throughout. Didn’t miss a trick. I’ve never seen play or sing a bum note, not hit a beat. And I’ve never seen him have a drink.

I’ve been to his shows and if he thinks the audience aren’t getting into it as much as they’d like he’d turn off all the lights and in pitch darkness drop a massive tune and shout “nobody can see you now, so do your thing” and then mid song turn them all back up again and the place would be wild for the rest of the night….. “taint nothing but a party y’all”

He was an incredibly astute businessman and uncompromising in every situation, from being a child. He negotiated his first record contract with Warners so that he would have total artistic control, he was 17 and totally broke. In 1986 he was a massive global star, when Warner Brothers asked him for a single to lead off the next album, he gave them ‘Kiss’, they said it was not releasable as it was just a beat and a tiny bit of guitar and vocal. He said if they didn’t put it out they wouldn’t get the album. As we know, they put it out. When they wouldn’t release “The Most Beautiful Girl In the World’ as a single as they thought he’d already reached saturation point he used a clause in his record contract to release it independently and it went to number 1 in 17 countries.

Somewhere locked in his vault at Paisley Park there are recordings of all his gigs from the last 35 years, videos, tour films, thousands of songs, all edited or editable and worthy of release. I doubt any of them will ever be released as the only person with permission was him, and he didn’t want to put them out.
I fear that due to his religious beliefs he may have refused medical treatment that could have extended his life. 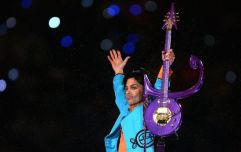 END_OF_DOCUMENT_TOKEN_TO_BE_REPLACED

I never thought Prince would die before me, I was looking forward to going to see him with a piano and string quartet at the Albert Hall in 20 years time. That’s all pish now.
I’m not into all that ‘he’s watching down from the stars now’ bullshit, he’s dead, on a slab in a mortuary, he’s gone and its bollocks.

Thanks for coming Prince.

popular
One of the best action movies of recent years is finally available to watch at home
The JOE Movie Quiz: Week 138
QUIZ: Give this General Knowledge Quiz a whirl
Jim Carrey's greatest performance is among the movies on TV tonight
QUIZ: See if you can ace this General Knowledge Quiz
The JOE Friday Pub Quiz: Week 278
QUIZ: Can you name every Batman actor in three minutes?
You may also like
3 years ago
Two new movies inspired by classic Prince and George Michael songs are now officially in the works
3 years ago
Netflix's documentary series on Prince has landed the most perfect director imaginable
3 years ago
It looks like all three of the rumoured acts to join Timberlake at the Superbowl Halftime Show turned it down
4 years ago
Amazing news for Prince fans, you can finally listen to all of his albums online
5 years ago
WATCH: Christmas lights have never been cooler than this stunning tribute to Prince
5 years ago
WATCH: James Corden performs cover of ‘Nothing Compares 2 U’ with Coldplay live in LA
Next Page