REWIND: Ten by Pearl Jam turns 25 this week, we rank the best 5 songs on a famous album

Call it fate, coincidence or destiny but some albums feel like they arrive at the most perfect time imaginable, Ten is one of these records.

I always think that a great album lives and dies by its 'lesser' known songs and with this in mind, Ten is bloody incredible because there's a rawness, honesty and resonance in every note and word. 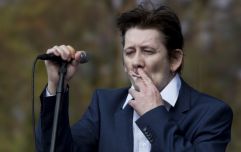 PICS: Shane MacGowan rushed to hospital after injuring himself during "complicated dance move"

END_OF_DOCUMENT_TOKEN_TO_BE_REPLACED

To fully appreciate the brilliance of these 11 tracks, it's important to see what the rock 'n roll culture was like at the time of its release.

In many ways, Ten is the antithesis of the hedonistic hair metal craze that engulfed the late '80s and early '90s. Bands like Bon Jovi, Whitesnake, Motley Crue and Van Halen were bordering on levels of excess that even Spinal Tap would be embarrassed about. Change was needed and the answer was in Seattle.

After these years of hair metal dominance, Pearl Jam emerged as the band with anthems that were capable of filling stadiums but most importantly, their songs combined soul-wrenching lyrics with layers of guitars that were dark, dense but wonderfully in touch with classic rock sensibilities.

Ten somehow manages to combine the classic melodies of certain bands from the '60s, Led Zeppelin's stadium rock appeal in the '70s, the raw energy of a defiant '80s punk-scene but its true brilliance though was managing to combine all of these influences into a sound that redefined '90s rock.

Rather than pull the plug on rock 'n roll's life-support machine, the grunge scene acted as a much needed defibrillator. Excess, spandex and sex was out. Reflection, flannel and passion was in.

Pearl Jam, or Mookie Blaylock as they were originally known, emerged from the ashes and overflows of bands like Green River, Mother Love Bone, Temple of the Dog, Soundgarden but they stood out and succeeded where others fell.

In Eddie Vedder, they had a singer whose voice strained for sincerity as every word and note on Ten still carries an integrity and truth about it while their guitarists, Stone Gossard and Mike McCready, have the ability to create more fireworks and jaw-dropping awe with their instruments than a million Kiss concerts could ever muster. 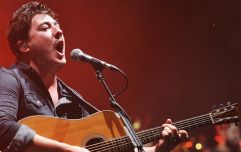 END_OF_DOCUMENT_TOKEN_TO_BE_REPLACED

There's countless reviews of this masterpiece but one thing that's rarely stated is the sheer amount of balls that it took to make. I'd imagine that any debut record is a nervous affair for a band. Pressure, expectation and fears all build but rather than take a more commercial approach, Pearl Jam went dark. Very dark.

You get the impression that every track on this album is a form of self-therapy and expression because Vedder doesn't shy away from subjects that other people might consider 'taboo'. Why Go? deals with suicide, the homeless community are eulogised in Even Flow, the high-school tragedy of Jeremy is still very raw and as for Alive, well that's for later.

Every fan of guitar music should have a copy of this record and it's almost impossible for me to choose my five favourite tracks. I'll give it a go.

It's testament to Vedder's skills as a lyricist that he managed to craft a rock anthem from a moment of tragedy. 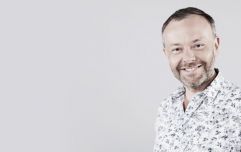 END_OF_DOCUMENT_TOKEN_TO_BE_REPLACED

Many of you know that the song was inspired by a newspaper article he read about a high school student that shot himself in front of his English class.

Vedder said that he felt "the need to take that small article and make something of it—to give that action, to give it reaction, to give it more importance". In doing so, the band showed that they were capable of marrying daring lyrics with radio friendly riffs. Jeff Ament's 12-string Hamer bass guitar on this track is nothing short of brilliant.

Yes, at the time it was overplayed on MTV but along with Smells Like Teen Spirit, this is the track that moved grunge out from the underground and onto the main stage.

The first of Vedder's self-proclaimed 'Momma-Son trilogy' - the others being Alive and Footsteps - this opening track is ominous, threatening and explosive because it still feels like it's going to grab you by the throat and scream directly into your face.

There's a level of aggression and frustration here that Pearl Jam have never matched and it's apparent right from the 0:40 mark when Gossard/McCready lay down a riff that punctures the tranquility of the intro.

This is the sound of  band cutting-lose, going wild and getting ready to f**k shit up. Things get dark, especially when Vedder hushes the lyrics "you think I got my eyes closed, but I'm lookin' at you the whole fuckin' time".

As for those psychedelic guitars at 02:20? Perfection.

As mentioned earlier, Ten is a heavy and serious album but this track always stood out for me because I can't help but get the impression that on this song, the five men are absolutely loving what they're doing right there, right then.

There's a ragged, meandering and uninhibited feel to Porch because the guitars swirl around the room, drums kick-in at the most unexpected moment and when one riff ends, Vedder's voice comes in and takes the song onto a completely different octave and direction.

It's almost like each member of Pearl Jam is looking into the eyes of the other and saying, "over to you now. Top what I've just done". The result is what happens when five incredibly talented musicians get together and just play music.

Yet again, Vedder shows that he has that unique ability to make a work of art from his own personal anguish and this song is just that,  Black's a soliloquy from a broken-hearted man that's remembering his lover.

The tune is draped with melancholy but yet it still has a slightly optimistic feel. It takes a special band to take something so deeply personal and make it resonate with hundreds of thousands of people around the world. Pearl Jam are that band because unrequited love and anguish have rarely sounded this good before.

Did you know that their record label, Epic Records, were insistent on this track being released as a single but the band said no on the grounds that it's resonance would be diluted with multiple plays?

The track was so good though that it still managed to chart despite not even being released!

Imagine this scenario. You're a young musician in your 20's and your band have just signed their first record deal. Nervous, unsure and still trying to find your voice, you look for inspiration with regards to some songs that you can pen for your upcoming debut album. It's a make or break situation.

The obvious choice would be to play it safe, simple and follow the industry standard.

Instead, Vedder chose to bear his soul and reveal an incredibly traumatic life experience for the entire world to hear, the moment when his mother told him that his stepfather wasn't his real dad and that his biological father was dead.

For this gamble alone, Pearl Jam and Ten rightfully deserves all the awards, prestige and records that they get.

There's something wonderful about the fact that Vedder penned the lyrics to Alive when he was working in a gas station, dreaming about a bigger stage, and it's also the first song that he recorded vocals for as a member of the band.

That intro guitar in the key of A major is like seeing the first scene in The Shawshank Redemption, you know what's going to happen next but you're still going to listen 'till the end because you can't pull yourself away.

Alive is one of those songs that when you hear it played live well... it just makes you feel alive.

I know what you're thinking. No Garden, Even Flow, Oceans or Why Go? Let us know what you think and if you have any specific memories of Pearl Jam or this album.

The Big Reviewski || JOE · Emile Hirsch on Tarantino, a Speed Racer sequel, and new Irish horror Son
popular
Two Irish cities named the friendliest in Europe by leading travel magazine
Met Éireann has issued a weather warning for seven counties
RTÉ confirms Eoghan McDermott will not be returning to 2FM
The 50 most iconic songs of all time* have been revealed
Happy 25th anniversary to the best mid-movie plot twist of all time
Michael Jackson fans are convinced he's still alive after spotting him in daughter's selfie
QUIZ: Which countries are home to the New Seven Wonders of the World?
You may also like
11 months ago
Why you should be watching… Narcos: Mexico
1 year ago
Narcos star would love to return for another season of the show
1 year ago
Narcos creator would love to work with Cillian Murphy again
1 year ago
Narcos creator discusses his exciting plans for the show's future, if a new season is made
1 year ago
WATCH: Netflix have released the first trailer for the second season of Narcos: Mexico
2 years ago
The DEA agents who inspired Narcos will be touring around Ireland this May
Next Page