The self-proclaimed musical genius/god/Yeezus/greatest rock 'n roll star alive - Kanye West - isn't short of detractors, in fact the line of people that dislike the rapper is probably as long as this series of pi**ed off tweets that are currently on his timeline.

The College Dropout himself has a new album entitled 'Waves' being released soon and the cynical among you might think that this little Twitter rant is perfectly timed to draw publicity to that release.

END_OF_DOCUMENT_TOKEN_TO_BE_REPLACED

Anyways, here's Mr. West's latest attempt to endear himself to the world.

To begin with, here's Kanye being his humble self.

It seems that Yeezus has some beef with his fellow rapper Wiz Khalifa after this tweet from him about Kanye's wife Kim Kardashian.

Hit this kk and become yourself.

Gee wiz, here's his reply and it seems that Khalifa has better things to than listen to Kanye's new album. The fuse has been lit and...

KK is weed fool. Reason's why your not wavy. Go bacc to Swish. https://t.co/7OT4xiQa5V

I been smashed the idea of that album even existing. I got joints to roll @kanyewest

...here's Kanye exploding. FYI, these racy tweets reach a point where I'm sure even Kanye can't remember why he's mad. There are so many tweets here that it's best just scrolling down to the bottom of the page and reading up. 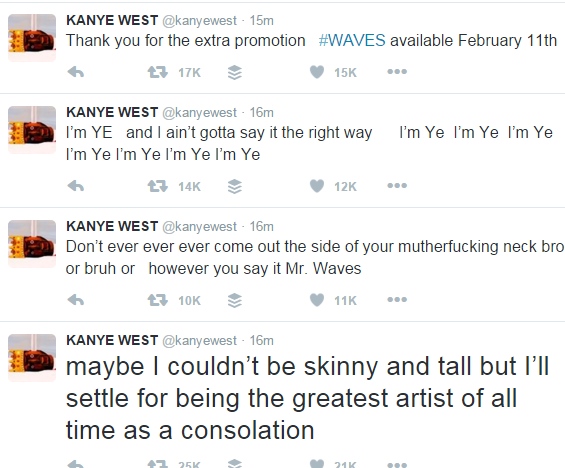 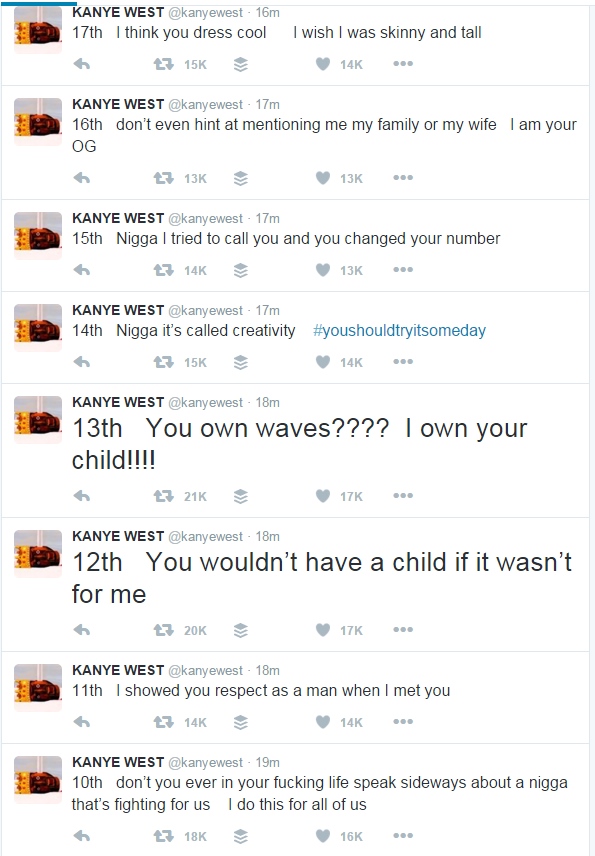 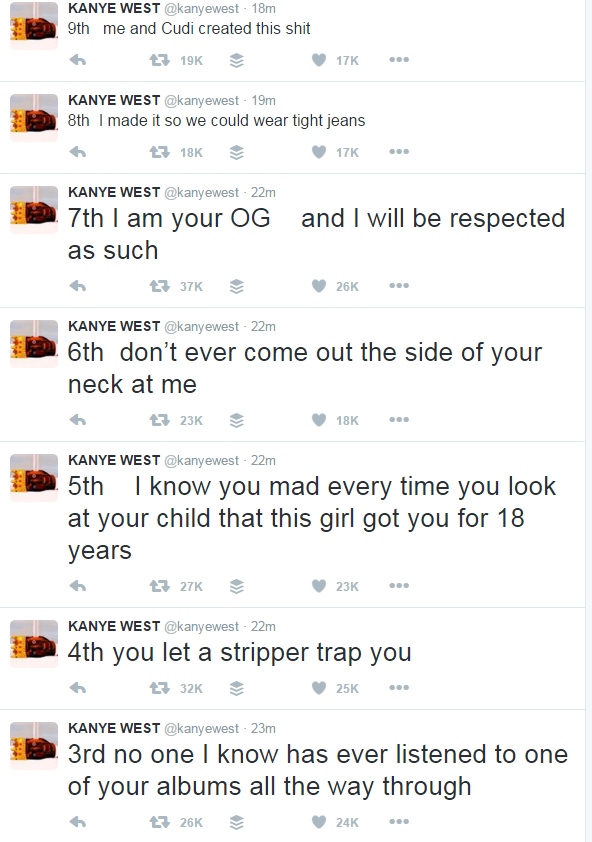 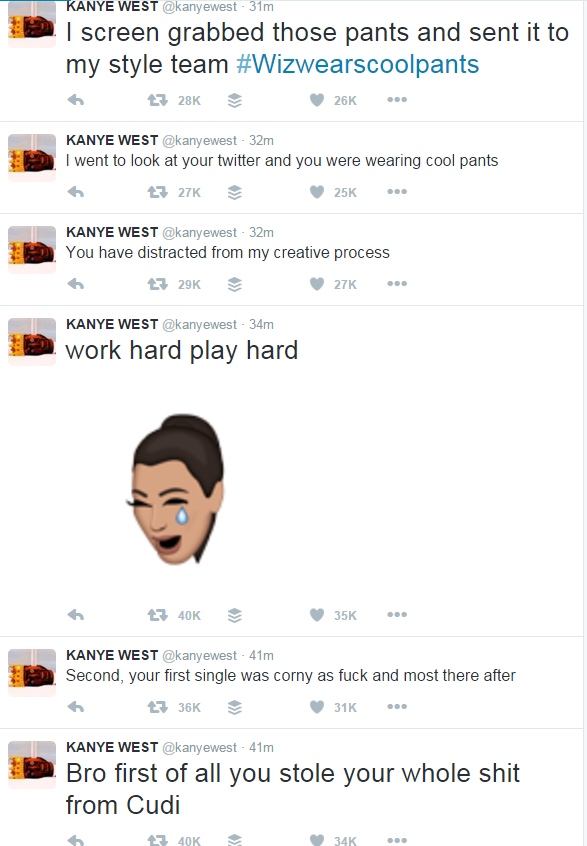 House of Rugby Ireland · Ireland's feel-good win, Casey's initiation song, scrapping Sexton and Scott Williams interview
popular
The 50 most iconic songs of all time* have been revealed
Eoghan McDermott to leave RTÉ after six years (Report)
Someone in Ireland is €500,000 richer following Tuesday's EuroMillions draw
EA Sports bans Irish FIFA player who racially abused Ian Wright for life
People think they've figured out the ranking of the viewers on your Instagram Stories
PICS: The man with the biggest penis in the world has one unbelievable problem with it
The JOE Friday Pub Quiz: Week 232
You may also like
6 days ago
Ireland's entry for the 2021 Eurovision song contest has been revealed
1 week ago
Daft Punk confirm split after 28 years
1 week ago
JOE’s Song Of The Day #884 – Philip Noone 'Say Anything But A Goodbye'
1 week ago
The JOE Music Quiz: Week 45
1 week ago
New Biggie documentary coming to Netflix in March
1 month ago
The JOE Music Quiz: Week 40
Next Page