Bono had a private audience with Pope Francis on Wednesday, according to the Catholic News Agency.

In a private 30-minute meeting, Bono and the Pontifex discussed a wide range of topics — including sustainable development, clerical abuse and the future of commerce.

Afterwards, Bono told the media that Francis was “incredibly gracious with his time, his concentration.” 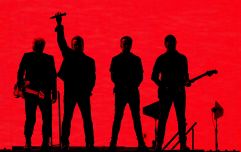 END_OF_DOCUMENT_TOKEN_TO_BE_REPLACED

Bono said that he told Pope Francis “the abusers are being more protected than the victims,” and that he “could see the pain” in the pope’s face. “I felt he was sincere, and I think he’s an extraordinary man for extraordinary times,” Bono said.

The Pope has been at the centre of controversy in Ireland for the last minute, largely owing to the Papal visit. Pope Francis visited Ireland in late August to mass protests and a deeply underwhelming turnout. He met with victims of clerical abuse in Ireland and asked forgiveness for the misconduct of the church.

#PopeFrancis meets Wednesday with singer Paul David Hewson - #Bono Vox of @U2 fame - who expressed his support for the Pontifical Foundation Scholas Occurrentes and its mission to educate young people around the world. pic.twitter.com/4pWxdzyOCe

It was the second time that the U2 frontman has privately met with a Pope — having met with Pope John Paul II in 1999.