This is just horrible...

The grindadráp is an tradition in the Faroe Islands where locals take to the shores and kill hundreds of pilot whales.

The whales are spotted near the coast and driven into shallow water where they are killed with "spinal lances" and butchered for their meat and blubber.

This week, a pod of up to 200 pilot whales was spotted by locals on the island of Viðoy, where it was pursued by 25 boats. 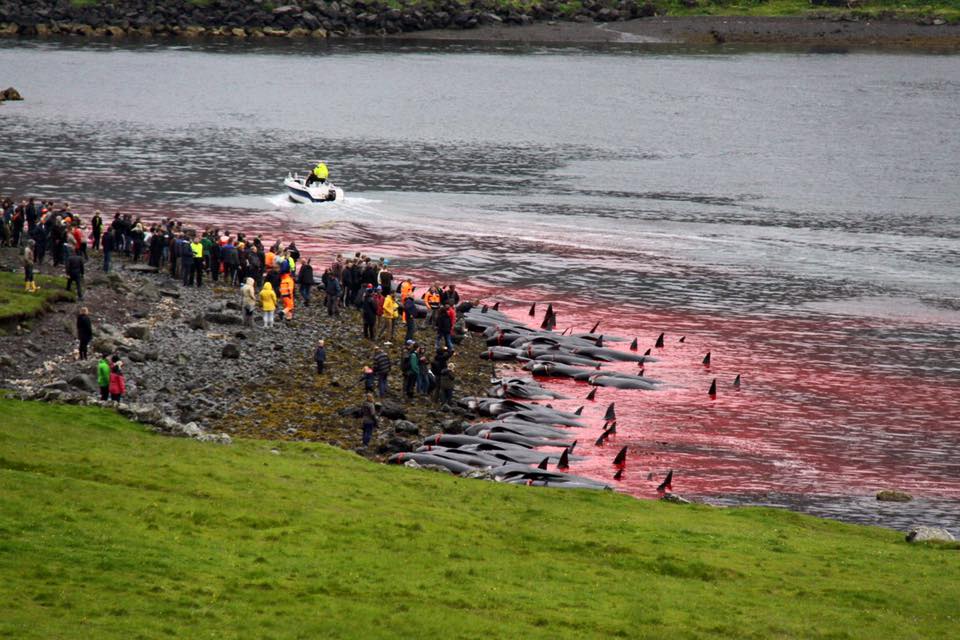 The Faroe Islands is an autonomous country within the Kingdom of Denmark and have control of domestic issues, but they stand with Denmark under matters like military judicial and foreign affairs.

Sea Shepard Global released videos and images of this latest killing and announced plans to take Denmark to the European Commission over the practice.

43 whales were killed in the same area just last week. Pilot whales are not considered an endangered species.

The Big Reviewski || JOE · The Big Reviewski with Ray Liotta, Goodfellas facts & Tom Hanks making us cry
popular
EU lorry drivers vow not to help UK get “out of the s**t they created themselves”
Netflix has just added arguably the very worst movie of the last decade
Gardaí appealing for witnesses after body of man in his 20s found in Dublin's Grand Canal
Four major employers join forces to create Ireland’s first remote working alliance
Up to 90% of petrol stations in the UK have run dry
Here’s what graduates from Irish colleges can expect to earn in the workplace
An Oscar-worthy Margot Robbie performance is among the movies on TV tonight
You may also like
1 day ago
Dr Fauci says travel between Ireland and US will be "safe" from November
1 day ago
Man (38) arrested on suspicion of murder of school teacher Sabina Nessa
2 days ago
BBC reporter Phil McCann responds after going viral
2 days ago
BBC reporter covering petrol shortage called Phil McCann
3 days ago
Leading Australian Covid-19 tracking website revealed to be run by three teenagers
3 days ago
38-year-old man arrested on suspicion of the murder of Sabina Nessa
Next Page