Gardaí said that they "came under attack from glass bottles" at various City Centre locations on Saturday evening. 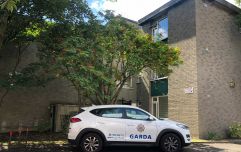 END_OF_DOCUMENT_TOKEN_TO_BE_REPLACED

Gardaí said in a statement to JOE: "Large crowds of people gathered throughout Dublin City Centre with the vast majority of persons socialising responsibly and enjoying outdoor activity."

"However, An Garda Síochána encountered and engaged with a smaller group which was persistently involved in antisocial behaviour and public disorder."

END_OF_DOCUMENT_TOKEN_TO_BE_REPLACED

A Gardaí spokesperson added that members of An Garda Síochána "came under attack from glass bottles at various locations" throughout the evening.

A number of criminal damage incidents also occurred including a bin being set on fire on South William Street.

One person, who was not a member of a group partaking in any public disorder incidents, was assaulted and taken to hospital.

Two members of An Garda Síochána were injured and received treatment while one Garda Patrol Vehicle was damaged. 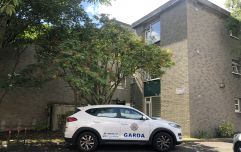 END_OF_DOCUMENT_TOKEN_TO_BE_REPLACED

"In support of Government announcements on reopening the economy and society with a specific continuing emphasis on outdoor activity An Garda Síochána will continue to patrol and manage crowds on public streets and spaces," the statement added.

"While extra facilities are being provided by Local authorities An Garda Síochána appeals for consideration for other persons using the spaces, local residents and businesses.

"Where crowds gather An Garda Síochána's responsibility is preserving public order and preventing and investigating any criminal offence, which may occur.

"An Garda Síochána has been consistent from the start in our response to the Covid-19 pandemic, based on our tradition of policing by consent, An Garda Síochána will continue to focus on the approach engage, explain, encourage the public with enforcement only as a last resort."

Gardaí said that they are continuing "to appeal to the public to support and comply with public health guidelines", encouraging people to "avoid crowded areas and large gatherings; take personal responsibility to protect yourself and others, wear face coverings in open spaces, and maintain social distancing."

"The wearing of face masks outdoors and social distancing are public health guidelines and are not penal regulations," the statement continued.

"The Covid-19 Pandemic remains a public health crisis and An Garda Síochána continues to appeal to all citizens to demonstrate personal and social responsibility to comply with Public Health Guidelines and Regulations, in order to continue to save lives."

popular
Netflix has just added an incredibly tense 97-minute thriller
Prime Video has just added 25 very big movies to its library
QUIZ: Name all the counties of Ireland that contain 3 vowels or more
Four Irish food businesses were served with closure orders in July
Irish people could be treated to spectacular sights in the sky over the next few nights
Eamon Ryan's mother dies in tragic accident on family holiday
A great underseen action thriller is among the movies on TV tonight
You may also like
16 hours ago
Don't miss this temporary pop-up night club, coming to Dublin for one night only!
4 days ago
Man arrested following discovery of a body in apartment in Dublin
4 days ago
Motorcyclist in his early 20s dies following two-vehicle collision in Dublin
5 days ago
Lewis Capaldi and Niall Horan busk together on the streets of Dublin
1 week ago
Man arrested in Dublin over suspected people smuggling operation
1 week ago
NTA pumps the brakes on late night Luas service
Next Page