Please excuse us for stating the obvious, but...

People are feel bad in Ireland.

Data gathered by the Central Statistics Office, published on Wednesday 10 June, has revealed that 29.6% of Irish people rate the personal well-being as 'low' as of April this year. This is compared to 8.7% who said the same in 2018, marking an enormous downwards spiral. 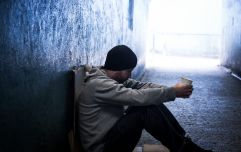 END_OF_DOCUMENT_TOKEN_TO_BE_REPLACED

The worst effects were seen in the youngest category, where just 10% of people between 18-34 would report their level of wellbeing as high — compared to 48.8% just two years ago.

Various metrics of wellness have fallen across the board, with satisfaction in personal relationships dipping from 60% to 42.4%.

The percentage of people feeling nervous some of the time (35%), or feeling downhearted and depressed some of the time (32.4%), has doubled in the past two years. Over a quarter of all Irish people report being lonely either some or all of the time, compared to 17% two years ago.

The Covid-19 lockdown measures have also seen major changes in terms of behaviour and consumption. For example, tobacco consumption is up by 30.5% of respondents since restrictions were put in place, and has only fallen for 8% of smokers. Junk food consumption is also up among 45% of participants, and down for just 12%.

However, when asked to rate their level of compliance with government guidelines on Covid-19, answers were very positive. 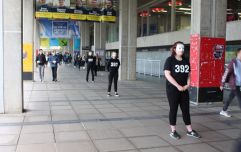 END_OF_DOCUMENT_TOKEN_TO_BE_REPLACED

The Big Reviewski || JOE · TBR Spotlight: Loki - Episode Two - 'The Variant'
popular
Man in his 40s pronounced dead after fatal traffic collision with lorry in Louth
Public warned about another sophisticated phone scam doing the rounds
QUIZ: Name all the counties of Ireland that contain 3 vowels or more
Dr Tony Holohan warning as Delta variant accounts for 20% of Covid-19 cases in last week
The Queen appealing for volunteers to weed the garden of her Sandringham Estate
Garda union hits out at "absolute confusion" over outdoor drinking and dining
QUIZ: Can you get full marks in this potentially very frustrating general knowledge quiz?
You may also like
2 days ago
"You don't have to man up... be vulnerable." Keith Walsh on the need to change attitudes to men's mental health
2 weeks ago
Male eating disorders: Breaking the stigma
1 month ago
Cannabis is the "gravest threat" to the mental health of young people, College of Psychiatrists Ireland says
1 month ago
There’s help at hand if you’re feeling overwhelmed by everything at the moment
11 months ago
Philly McMahon launches Look After Yourself campaign with Irish Association for Counselling and Psychotherapy
1 year ago
Over half of Irish workers are experiencing an increase in anxiety since working from home
Next Page