48,000 homes and businesses without power due to Storm Brendan

As Storm Brendan continues to bear down on the country, ESB are already dealing with power outages in several counties.

Speaking to JOE, the ESB made the following statement:

"Gale force winds associated with Storm Brendan, with gusts of over 130 km/h, have caused damage this morning to the electricity network affecting more than 48,000 homes, farms and businesses. The damage is mainly attributable to fallen trees on overhead lines as a result of the high winds. With the storm still crossing the country, more damage and interruptions to supply can be expected.

"The counties most impacted include Galway, Limerick, Kerry, Cork and Donegal. ESB Networks crews have been dispatched in the most affected areas when safe to do so, assessing the damage so that they can restore power as quickly and effectively as possible."

Dublin Fire Brigade have tweeted advice on what to do if the power outages continue into the evening: "Charge anything rechargeable that you may need if any ESB Networks faults extend in to the evening. Have batteries for torches. Keep your phone topped up during the day, but not left plugged in all day. Take care with candles, use torches as an alternative." 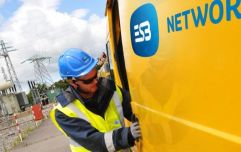 ESB apologise for a number of power outages, including major outage in North Dublin

END_OF_DOCUMENT_TOKEN_TO_BE_REPLACED

Additionally, the Office of Emergency Planning have issued a warning, especially for those on the west coast of the country:

"Please take advice from your local authorities and others monitoring tree damage from Storm Brendan. There are lots of reports of fallen trees in Cork and Kerry and similar on western coasts. Extreme caution is advised and please avoid coastal areas."

Real time information on power outages and restoration times is available on the PowerCheck App or www.esbpowercheck.ie.


popular
Here are Ireland’s favourite takeaways, as per the National Takeaway Awards
Seven leaders announced for RTÉ's multi-party debate
TG4 to air a documentary on Ireland's homeless crisis this evening
Eddie Rocket’s are giving away free kids meals this Friday
Met Éireann forecasts risk of sleet and possibly snow in parts of Ireland this weekend
QUIZ: Week 16 of JOE's 19 in 90 quickfire quiz is here
Disney+ has brought forward its launch date in Ireland and confirmed its price
You may also like
8 months ago
Thousands of homes left without power following Storm Hannah
11 months ago
Thousands of people without power following bad weather overnight
11 months ago
“For fuck’s sake.” Liam Cunningham recalls his Dad’s reaction to him leaving the ESB
1 year ago
Thousands of homes have been left without power following stormy weather conditions
1 year ago
Thousands without power across the country following the arrival of Storm Callum
1 year ago
ESB warns that any abortion referendum posters attached to electricity poles will be removed
Next Page