6,666 abortions were carried out in Ireland last year

It's the first annual report to be published since the grounds on which termination of pregnancy is lawfully permitted were expanded in Ireland.

There were 6,666 terminations of pregnancy carried out in Ireland last year under legislation enacted following the repeal of the Eighth Amendment.

Official figures released by the Department of Health show that the vast majority (6,542) of these terminations took place in early pregnancy, meaning under 12 weeks.

END_OF_DOCUMENT_TOKEN_TO_BE_REPLACED

100 of the abortions were carried out due to a condition that would likely lead to the death of the foetus. 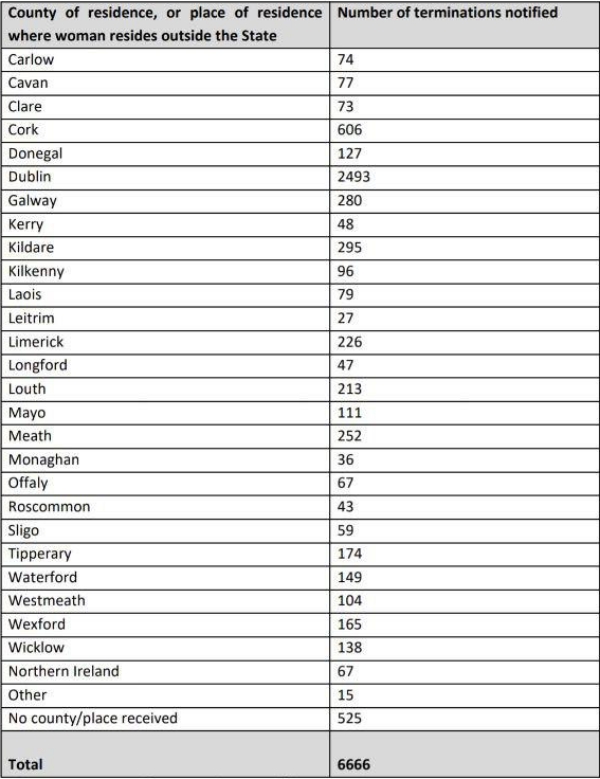 END_OF_DOCUMENT_TOKEN_TO_BE_REPLACED

The new Act repealed the Protection of Life During Pregnancy Act 2013 and the Regulation of Information (Services Outside the State for Termination of Pregnancies) Act 1995.

The expanded service for termination of pregnancy under the Act of 2018 was introduced on 1 January 2019.

The new abortion services allow for termination to be carried out where there is a risk to the life or health of the pregnant woman, in cases of fatal foetal abnormality and without restriction up to 12 weeks of pregnancy.

Tuesday's report was presented to the Houses of the Oireachtas and is the first annual report to be published since the grounds on which termination of pregnancy is lawfully permitted were expanded in Ireland.

popular
Disney+ has just added 10 big movies to its library
QUIZ: You'll do well to get 100% in this General Knowledge Quiz
QUIZ: How well do you really know Irish weather?
The new Garda uniform has finally hit the streets
The JOE Movie Quiz: Week 167
25 years ago, Sylvester Stallone delivered his best performance in a hard-hitting crime drama
QUIZ: Can you get 10/10 in this Irish sayings quiz?
You may also like
16 hours ago
Man in his 30s dies following collision with tree in Wexford
17 hours ago
The new Garda uniform has finally hit the streets
1 day ago
Gardaí urge public not to share "upsetting" pictures of fatal assault of Paul 'Babs' Connolly in Westmeath
1 day ago
Thunderstorm warning for Ireland escalated to Status Orange with hail and flooding forecasted
1 day ago
Nearly €400k worth of cannabis seized in Galway
2 days ago
Thunderstorm warning to kick in for Ireland this weekend
Next Page