A recent survey has found that 89% of people in Ireland do not believe the Government’s handling of the housing crisis is adequate.

This is according to the 1,000 Irish taxpayers who responded to the latest Taxpayer Sentiment Survey conducted by Taxback.com. 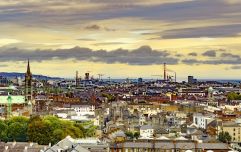 END_OF_DOCUMENT_TOKEN_TO_BE_REPLACED

40% of those surveyed said the current housing budget should be put to better use and that there is no need to redistribute funds from other areas of public expenditure.

85% would support for incentives for the owners of derelict properties to encourage them to convert their premises into liveable rental accommodation, while 64% say that owners with derelict property should be levied with the additional tax.

82% of respondents think the Government should offer tax breaks to business owners to convert disused premises into housing, while two thirds of those surveyed believe that businesses that have sizeable unused property space should have to pay higher taxes. 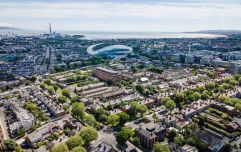 The number of homes available to rent in Ireland fell to just 1,397 at the start of this month

END_OF_DOCUMENT_TOKEN_TO_BE_REPLACED

"We asked people if they believe the Government are taking the right approach to housing crisis and 89% said they did not. Notwithstanding the complexities of Ireland’s housing crisis, it seems that people are overwhelmingly dissatisfied with the Government’s handling of the issue to date.

"This is perhaps not wholly unexpected given the myriad of news stories each day highlighting the difficulties faced by thousands of families across the country. As taxpayers who contribute to the welfare of the country, we thought it would be interesting to see if people think their tax money should be spent differently.

"People are hungry for change, particularly it seems, in the ways in which the Government spends its budget and allocates its tax pot."

popular
Seven more suspected cases of unexplained hepatitis in Ireland under investigation
Netflix has just quietly added 12 big movies to its library
Amazon Prime Video has just added 21 big movies to its library
Gardaí investigating firearm being discharged near film set in Donegal
Tipperary woman banned from keeping dogs following animal cruelty conviction
The six Eurovision countries with "irregular voting patterns" have been revealed
QUIZ: Try out one of our trickiest General Knowledge Quizzes yet
You may also like
3 months ago
"Sickening" housing generation gap in Ireland laid bare in new documentary
7 months ago
Tánaiste Leo Varadkar dodges question on vulture funds in Dáil Éireann
7 months ago
Tens of thousands call on Irish government to challenge vulture funds
7 months ago
Record amount of money invested in Irish property market in 2021
7 months ago
Ireland, the Berlin approach and the dire need for a housing revolution
7 months ago
The most and least expensive places to live in Ireland have been revealed
Next Page