It was absolutely baltic in some parts of Ireland last night

Ireland was hit with its coldest morning of the year on Saturday - see what we did there? - as some parts of the country plunged below -8 degrees overnight.

Temperatures were lowest at Dunsany in Meath and Mullingar in Westmeath where the mercury dropped as far as -8.2 degrees. 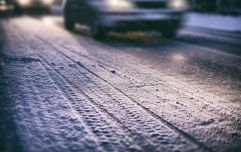 END_OF_DOCUMENT_TOKEN_TO_BE_REPLACED

But it was similarly cold in Casement Aerodrome in Dublin at -7.9 degrees and Mount Dillon in Roscommon at -7.7 degrees.

Meanwhile it was warmer - in comparison at least - in the west of the country with Belmullet in Mayo recorded a low of 0.9 degrees and Mace Head in Galway sank to 0.6 degrees.

Met Éireann said it will be very cold for the rest of Saturday with ice on untreated surfaces and temperatures remaining below freezing in many areas well into the day.

This could lead to some treacherous road conditions so motorists are advised be aware of the ice on untreated surfaces.

Saturday night and early Sunday morning will bring temperatures of between -3 to 2 degrees, coldest in the east and south of the country.

Sunday will be cold with patchy fog slow to clear in some areas. While it will be mostly dry, there will be some patches of drizzle in the west of the country.

However, it will be milder than recent days with temperatures of between 3 and 7 degrees.

As we move into next week, temperatures will be returning closer to normal but it will generally be changeable and unsettled with rain at times.

It is expected to be dryer later in the week.