"The 60-70 bracket will have the lowest level of protection, the longest wait time for a follow-up dose, and be at the greatest risk of ending up in hospital".

Labour TD Alan Kelly has called on the Government to bump down the gap between first and second doses of the Covid-19 vaccine in the 60-70 age group.

The TD also suggested offering people in the age cohort the Pfizer vaccine instead of the second AstraZeneca jab, as to increase their protection from new variants of the virus. 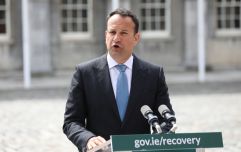 END_OF_DOCUMENT_TOKEN_TO_BE_REPLACED

"Up to last Friday, there have been three cases of the B.16.7.2 variant detected in Ireland or the Indian variant as it's commonly known. This is just a snapshot of the situation over the last number of weeks," he said in the Dáil on Tuesday.

"There has been a huge spread of this variant in the UK and I want to question you in regards to what the Government are doing to deal with this in regards to a vaccine rollout."

Kelly added that the data was a worry "particularly for those who are due to get their second dose of the AstraZeneca vaccine, namely, those in the 60-70 age cohort", as the vaccine was reported to have just 60% protection against the virus.

Public Health England (PHE) said on Saturday that the Pfizer/BioNTech vaccine was roughly 88% effective against symptomatic Covid-19 from the variant, two weeks after the second dose.

Meanwhile, the AstraZeneca vaccine was 60% effective against symptomatic disease caused by the variant.

Both vaccines were found to be 33% effective against symptomatic disease from B.1.617.2, three weeks after the first dose compared to roughly 50% effectiveness against the B.1.1.7 variant.

"What is really worrying though is the first dose of AstraZeneca is only 30% in protection according to this very, very credible UK study," Kelly continued. 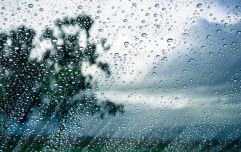 END_OF_DOCUMENT_TOKEN_TO_BE_REPLACED

"Those who have received the AstraZeneca vaccine must wait at least 12 weeks to get their second dose. That is three months.

"It's a cause of concern for an age group that could potentially be the next most vulnerable, which is the 60-70 age group, this means of all the cohorts vaccinated, the 60-70 bracket will have the lowest level of protection, the longest wait time for a follow-up dose, and be at the greatest risk of ending up in hospital."

The TD suggested following in the UK's footsteps and dropping the time limit between doses from 12 weeks to eight.

Minister for Transport Eamon Ryan said that while the new variants are an "ongoing risk" in the pandemic, the study gives "some reassurance" of protection after two doses.

Ryan added that the "key figures" that need to be looked at is the levels of people in hospitals and ICUs. 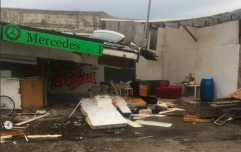 END_OF_DOCUMENT_TOKEN_TO_BE_REPLACED

"We would have to defer to the public health advice, our public health group in terms of how we do that. I will be honest and say I would be slightly concerned that we don't minimise the level of changes unless there is a very clear public health argument in favour of it because the vaccination programme really is working now," he told Deputy Kelly.

"We're seeing an incredible show of real strength by the HSE in my mind - one of the real difficulties they have had is the constant changes in the vaccination programme, that makes it difficult for them. Particularly in regards to AztraZeneca."

Kelly asked that the Minister put the suggestions forward in meetings with the National Immunisation Advisory Committee (NIAC) on Tuesday evening.

Ryan said that while he will "present the argument" he cannot confirm that they will take on the advice.

The Big Reviewski || JOE · The Big Reviewski with Dune, a mini-Hangover reunion & the best of Timothée Chalamet
popular
WhatsApp to stop working on 53 phone models, including iPhone 6
Updated Status Orange warning issued for three counties as heavy rain to continue
New true crime documentary series from Netflix looks gripping
Clashes between protestors and private security as tenants removed from Dublin property
The 50 most iconic songs of all time* have been revealed
PICS: The man with the biggest penis in the world has one unbelievable problem with it
People think they've figured out the ranking of the viewers on your Instagram Stories
You may also like
12 hours ago
Deputy CMO says people can trick or treat safely this Halloween if they take "basic precautions"
15 hours ago
New ticketing rules for nightclub and live venue operators to come into effect
18 hours ago
Former RTÉ journalist Charlie Bird diagnosed with Motor Neurone Disease
18 hours ago
Irish hotel named as the scariest place to stay in Europe
19 hours ago
'We have to be careful' – Ministers address possibility of further restrictions
20 hours ago
UCD Students' Union issues warning over "spiking" as nightclubs reopen
Next Page