The new labelling measures are to be discussed by the Government this week.

The Alcohol Beverage Federation of Ireland (ABFI) have released a statement claiming that a new health warning labelling system on alcohol will do 'untold damage' to the Irish alcohol industry.

Several months ago, the Public Health Alcohol Bill passed through its final stage in the Seanad on Friday afternoon.

The proposed changes will see one third of available space on alcohol products detail health warnings, including links to cancer.

"We in Ireland have a serious problem," said Minister Harris. "We drink too much alcohol and we drink in a way that is harmful to ourselves and those around us. The statistics can still shock even if we have heard them before."

The alcohol industry in Ireland is a massive market, with 92,000 people employed in the drinks industry alone, and the combined hospitality sector, which includes pubs, hotels, restaurants, breweries, distilleries, retailers, manufacturers and distributors, employs almost 210,000 people across the country.

That amounts to 10% of all jobs in the country, as well as €1.25 billion worth of exports each year.

This week, the Bill which will reach Committee stage, which the ABFI believe will create a barrier to trade in the EU and will negatively impact Ireland’s food and drinks sector, with a sample of what the label will potentially look like on a bottle of whiskey right here: 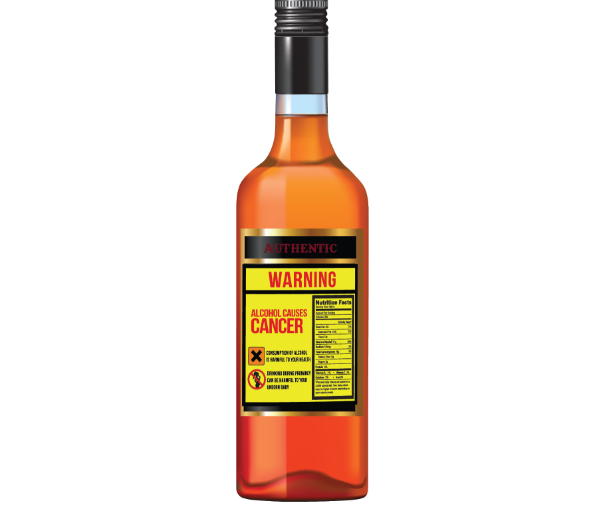 END_OF_DOCUMENT_TOKEN_TO_BE_REPLACED

Effects of the new labelling system is said to include but not be limited to small craft breweries and whiskey distilleries receiving huge new costs (it is anticipated a new label redesign can cost as much as €50,000 per product), as well as the cancer warning labels creating a barrier to trade in EU, especially during the current Brexit turbulence.

"The drinks industry supports the overall objectives of the Alcohol Bill to tackle harmful and underage drinking in Ireland. However, we believe that these objectives could be achieved through more effective and less trade restrictive means, such as public information campaigns, education programmes, as well as targeted interventions.

"We are calling on the Government to remove the requirement for cancer warnings on alcohol products. It’s time to balance the bill."


popular
Here are Ireland’s favourite takeaways, as per the National Takeaway Awards
Eddie Rocket’s are giving away free kids meals this Friday
TG4 to air a documentary on Ireland's homeless crisis this evening
Met Éireann forecasts risk of sleet and possibly snow in parts of Ireland this weekend
Seven leaders announced for RTÉ's multi-party debate
QUIZ: Week 16 of JOE's 19 in 90 quickfire quiz is here
Here are the 6 best movies on TV this evening
You may also like
3 weeks ago
This is why your hangovers get worse as you get older
4 weeks ago
Anti-drinking advertisement blocked on grounds of being too political
1 month ago
Two-thirds of Irish 18-24 year olds report drinking as a coping mechanism
1 month ago
Almost two-thirds of weekly drinking occasions take place at home, according to new study
2 months ago
€1.4 million of alcohol seized at Dublin Port last month
3 months ago
QUIZ: Can you identify the beer just from its can?
Next Page