Alex Jones has been suspended from Facebook for 30 days

He'll not be pleased with this.

Right-wing conspiracy theorist Alex Jones has been banned from Facebook for 30 days.

Facebook has taken action against Jones, suspending him for violating a numbers of its policies against hate speech and bullying. 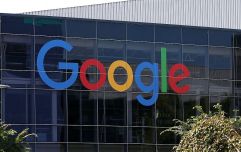 END_OF_DOCUMENT_TOKEN_TO_BE_REPLACED

The company received a number of reports related to four different videos on Jones' page, as well as his more popular page 'Infowars'.

A Facebook spokesperson told The Guardian that Jones was found to have violated its community standards, saying: “Our community standards make it clear that we prohibit content that encourages physical harm (bullying), or attacks someone based on their religious affiliation or gender identity (hate speech).

The four videos have now been taken down.

YouTube had taken the same action beforehand, pulling down the same four videos, for the same reasons.

This is the same man who tried to convince his thousands of followers that the American government were poisoning their water with something a chemical that would turn consumers gay...

And in case you didn't think this was a big issue, we'll remind you that Alex Jones has 2.5 million subscribers on YouTube...

The Big Reviewski || JOE · The Big Reviewski with Ray Liotta, Goodfellas facts & Tom Hanks making us cry
popular
The JOE Friday Pub Quiz: Week 262
One of the most-anticipated movies of the last few years is finally available to watch at home this week
QUIZ: The Ultimate Movie Gangster Quiz
Tom Duffy's Circus looking to hire some clowns
A new bank holiday may be on the way as part of this year's Budget
Waterford has been crowned as the best place to live in Ireland
Leading Australian Covid-19 tracking website revealed to be run by three teenagers
You may also like
3 months ago
Andrew McGinley shuts down Conor's Clips Facebook page due to "trolls"
4 months ago
Donald Trump will not be allowed back on Facebook or Instagram
5 months ago
Privacy group calls for Irish people to join legal case against Facebook
5 months ago
Here's how to check if you are part of the Facebook data leak
7 months ago
Bebo, the greatest social network of all time, is returning to save us
7 months ago
Facebook apologises for flagging 'Plymouth Hoe' as offensive term
Next Page