The US Ambassador to Ireland has called for stricter gun laws in the wake of the school shooting in Robb Elementary on Tuesday (25 May).

Claire Cronin reacted to the tragedy in a statement on Wednesday afternoon.

END_OF_DOCUMENT_TOKEN_TO_BE_REPLACED

"My thoughts and prayers go out today to the families of the victims of the school shooting in Uvalde, Texas," Cronin said.

"The majority of the victims were children. These senseless mass shootings do not have to happen.

"I am proud that in my home state of Massachusetts, we have some of the strictest gun laws in the United States. 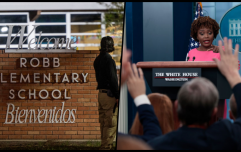 END_OF_DOCUMENT_TOKEN_TO_BE_REPLACED

"As a country, we must do more. Action must be taken now to prevent this from happening again.

"Please keep the victims, their families and the Uvalde, Texas community in your prayers."

21 people died during the shooting, including 19 children.

The school's population consists of second, third, and fourth graders, or children between the ages of seven and 10. 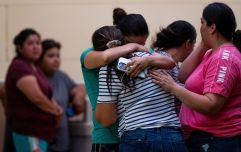 END_OF_DOCUMENT_TOKEN_TO_BE_REPLACED

Local police confirmed that the suspected gunman was shot dead at the scene, and that it appeared as though he acted alone in the course of the shooting.

President Joe Biden described the shooting as "horrific" in a press conference, calling for stricter gun measures to be implemented.

"These kinds of mass shootings rarely happen elsewhere in the world," Biden said.

"Why are we willing to live with this carnage? Why do we keep letting this happen? Where in God’s name is our backbone to have the courage to deal with it?

"It’s time to turn this pain into action.

"To lose a child is to have a piece of your soul ripped away forever.

"I ask the nation to pray for them — to give them strength in the darkness.

"As a nation we must ask: When in God’s name will we stand up to the gun lobby?

"When in God’s name will we do what needs to be done?

popular
Bus Éireann’s service from Dublin to London will restart this week
A star-studded crime thriller is among the movies on TV tonight
Gardaí unveil new Armed Support Unit vehicles to replace older models
Gardaí are going global with new roles created in UAE and Bangkok
The full list of cancelled flights in and out of Dublin Airport on Monday (so far)
Amazon Prime Video has just added 51 big movies to its library
An action-packed thriller is among the movies on TV tonight
You may also like
1 month ago
Father of 10-year-old girl killed in Texas school shooting breaks down in emotional interview
1 month ago
21 dead, including 19 children, following school shooting in Texas
8 months ago
At least eight dead and several injured in crush at Travis Scott's Astroworld festival
10 months ago
TikTokers flood Texas abortion whistleblower site with Shrek memes and porn
1 year ago
Teacher resigns after taking photo of their foot on black student's neck
2 years ago
Two dead and 14 injured following mass shooting in Texas
Next Page