How would you feel if you had just been told that South Park creators Matt Stone and Trey Parker had been gunned down in cold blood as they were preparing their latest episode?

Or if you learned that Chris Morris had, ten minutes ago, been decapitated on Leicester Square by militant psychopaths?

END_OF_DOCUMENT_TOKEN_TO_BE_REPLACED

You would probably be shocked, then angry, then profoundly sad, then absolutely furious and the chances are that you’d deploy every expletive at your disposal.

You might even be bewildered: why should purveyors of humour be in mortal danger of brutal assassination in the civilized Western world?

This sort of bewilderment isn't felt in France, though.

Everybody knew this was coming, and even though the capital is pulsing with tangible waves of disgust and horror, and the airwaves and television screens are overtaken with the recoil of every Gallic journalist, I can see in the frowns of the commuters scurrying home a weary apprehension for the heavy debates and recriminations, rebukes and counter-arguments that are already flowing.

She is doubled over, stumbling for cover, roiling in pain yet again from the vicious pangs in her belly brought on by the ever-swelling cyst of mutual community mistrust. 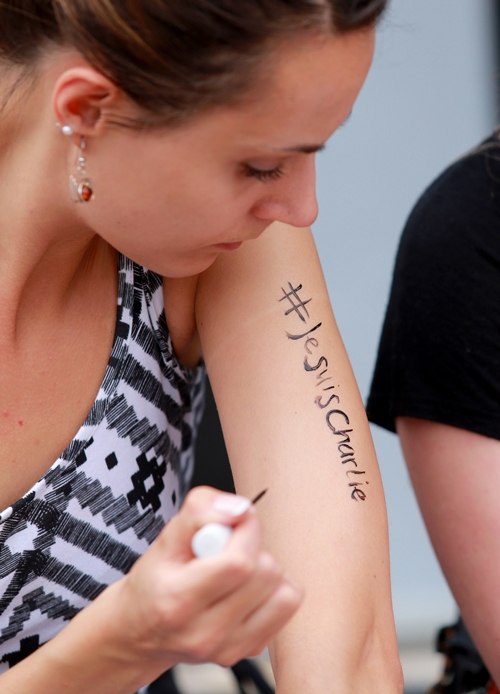 Yet still, as when the dentist probes a nerve, you can be shocked without being surprised.

Charlie Hebdo had been creating religious themed cartoons for quite some time. In 2006 the staff needed police protection after publishing satirical drawings.

In 2011 the offices were hit by Molotov cocktails, and the police security was increased.

END_OF_DOCUMENT_TOKEN_TO_BE_REPLACED

It didn’t do any good, the two guardians of the peace on duty outside the offices on Wednesday (one, at least, a Muslim) were slaughtered along with pretty much the entire staff of the magazine, including the four most well-known of the cartoonists - Cabu, Charb, Tignous and Wolinski.

Those doodled names under their drawings so familiar will, sadly or justly, depending on how brave a face you put on it, be seen by a far wider audience after this massacre than simply those blasé French salary workers passing by the news kiosks and train stations around the country.

On Wednesday morning Charlie ran a cartoon that read “Still no terrorist attacks in France!”, with a goofy terrorist saying “Wait! We have until the end of January to send our best wishes!”

Provocative? Surely. But as Charlie’s editor Charb (Stéphane Charbonnier) said “The only thing we provoke is laughter” and everything was fair game, every religious inanity, every act of political buffoonery. As it always should be.

These caricaturists will be greatly missed; they occupied a small but important place in the scenery of French political media. Though many thought they were insane to put their head in the lion’s mouth every day, they clung, in life; to the sacred precepts of freedom of expression, liberty of the press, and never hesitated to ridicule what was already quite preposterous, yet unacceptably accepted.

A tense, brittle and divided France

They would have known what sort of impact their deaths at the hands of their sworn enemies would have on an already tense, brittle and divided France. 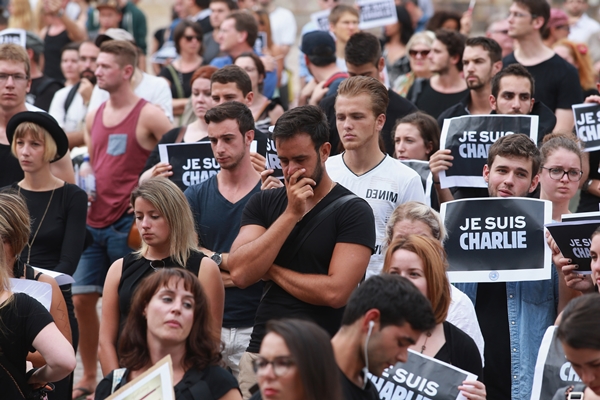 It is exactly the sort of demise they wouldn’t have wanted, knowing in particular how such an event would benefit another of their enemies, Marine Le Pen, head of the extreme right party La Front National, who will doubtless harvest more votes for the Presidential elections in 2017 and further widen the gulf of misunderstanding between French Muslims and, well, everybody else.

But the Charlie Hebdo team was ready to take the risk of reprisals because they simply believed in humour.

They believed in the eventual triumph of humanity over fundamentalist insanity, and - above all - they believed that they were necessary in a healthy society. France was quickly coming to understand that necessity on Wednesday night as the flags proclaiming ‘Je suis Charlie’ were raised and the people took to the streets in tight-jawed indignation.

One of the murderers cried in adulation “We have killed Charlie Hebdo!” immediately after the massacre.

Is anger all we have left?

The general sense here is that good humoured fun-poking in the face of atrocity has indeed been killed. Even the irreverent ‘Les Guignols de l'info’, a nightly Spitting Image style satirical puppet show, struggled to find anything particularly funny to say. 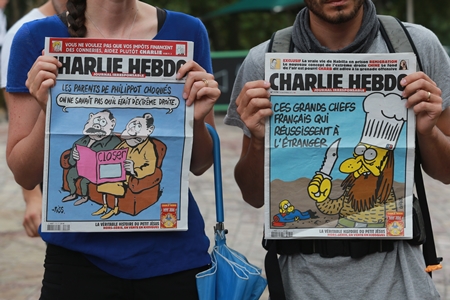 Without Charlie, is anger all we have left?

This is what they surely desire, those zombies in black; that, for our lightness of spirit, our lack of reverence to their superstitions, we come to know grief and anger and ultimately submit to their dictates.

But the message coming from the French nation defies that hateful desire – ‘I am Charlie, I follow Charlie.' There is still a resolve there.

Weary, unsurprised, but still outraged, the French wake up today knowing that the joke is over and that 2015 will be far bleaker now that Cabu, Charb, Tignous and Wolinski can scribble the threat of terror away no more.

popular
The Toy Show DJ brothers have been offered their very first gig
Clint Eastwood's final western is among the movies on TV tonight
The JOE Friday Pub Quiz: Week 271
PCR tests to be required for all international arrivals to the UK
QUIZ: Let's get cracking with this General Knowledge Quiz
Two big new Netflix shows and four more trailers you might have missed this week
Iconic nightclub venue in Galway announces permanent closure
You may also like
4 years ago
"I was in stitches, and not the good kind": The lessons I learned on a painful Spanish holiday
5 years ago
"You can be Irish and Orange" - A Northern Ireland Protestant explains his thoughts on the 12th of July
5 years ago
Mastenbroek: A JOE journalist's thoughts on the struggle for good mental health
5 years ago
Ben Mudge: The Game of Thrones assistant director turned cover model who's kicking cystic fibrosis' ass
5 years ago
BRESSIE: We need to join the dots for our mental health services in Ireland to work properly
6 years ago
JOE BLOGS: 5 things I've learned from my year with alopecia
Next Page