The woman threatened to close the electric gate to the property with the ISPCA inspector still inside.

Warning: Readers may find the content of this article upsetting.

A Tipperary woman has been fined and banned from keeping dogs following the discovery of three dogs in poor condition on her property.

END_OF_DOCUMENT_TOKEN_TO_BE_REPLACED

Michelle Connolly with an address at Killard, Puckaun, Nenagh, Tipperary pleaded guilty to seven offences under the Animal Health and Welfare Act (AHWA) 2013 on Thursday (12 May).

Connolly threatened to close the electric gate to the property with Inspector Carroll inside at one point.

END_OF_DOCUMENT_TOKEN_TO_BE_REPLACED

Carroll examined a number of dogs, and discovered three dogs in a small cage behind a trailer.

The dogs - two Maltese and a poodle - were in poor condition.

One had red raw skin, another was underweight with matted hair and a discharge, and a third had no hair on its tail. 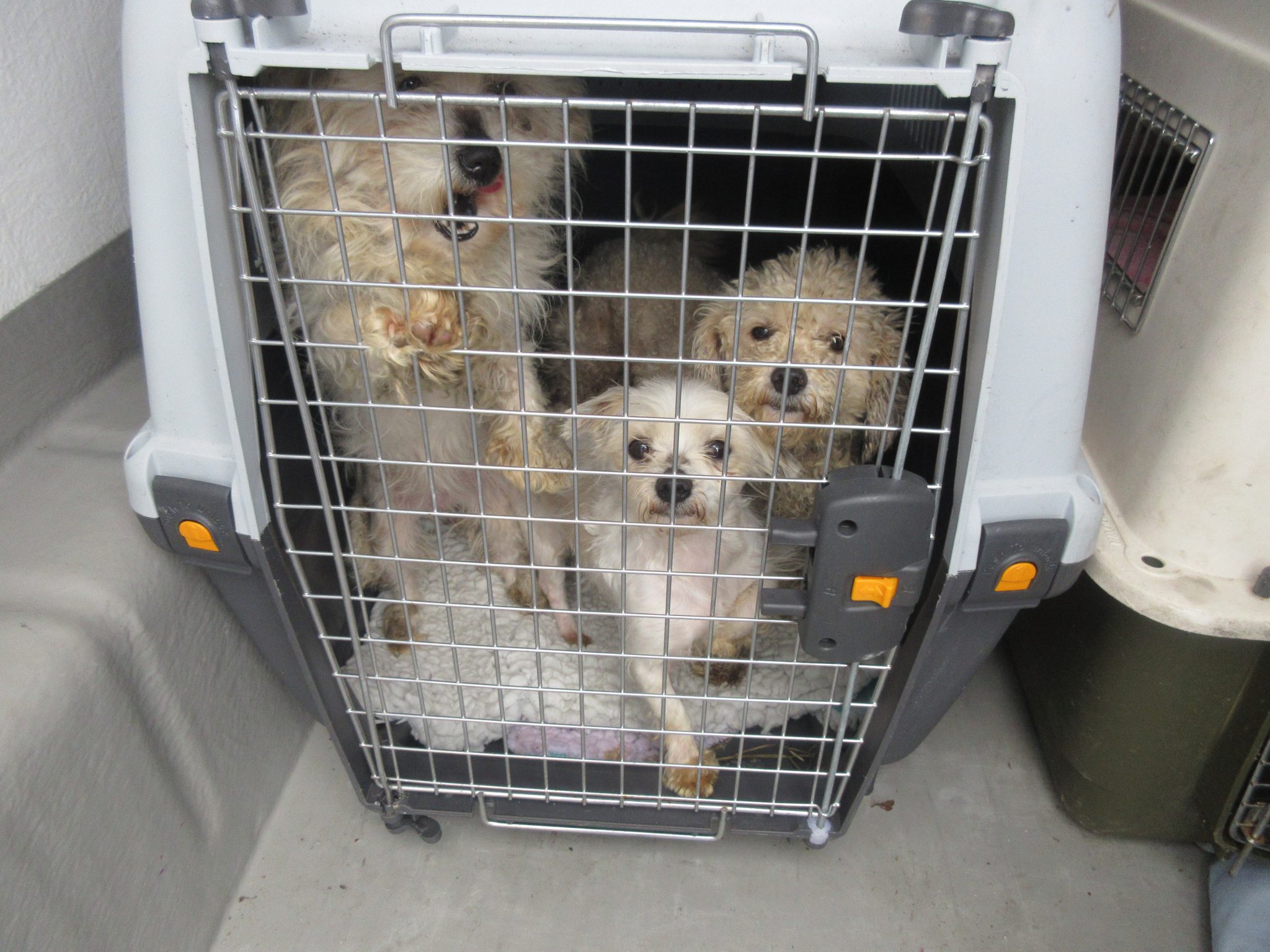 END_OF_DOCUMENT_TOKEN_TO_BE_REPLACED

Connolly initially denied knowing anything about the dogs, before making contact with ISPCA a month later following their removal from the property looking for their return.

Connolly declined surrendering the dogs to the ISPCA, which left the animals detained for three years pending the court appearance, which incurred substantial sums to the charity.

Donal Smyth, solicitor for Michelle Connolly, suggested that forfeiture of the dogs would be “severe for a first offence”.

Judge Elizabeth McGrath disagreed and ordered the forfeiture, saying “I don’t want the three dogs to be traumatised”.

Judge McGrath fined Michelle Connolly a total of €2,000 and said she would accept an offer of €5,000 in compensation in lieu of awarding costs against Ms Connolly.

Judge McGrath also disqualified Connolly from owning, keeping or breeding any dog, other than the two Great Danes already in her possession, for 10 years.

"The owner responsible for them failed to do anything to alleviate their suffering, or safeguard their welfare, which resulted in many issues, including malnourishment and untreated skin conditions.

If you have any animal welfare concerns, you can report them to the ISPCA’s National Animal Cruelty Helpline in confidence on 0818 515 515, via email helpline@ispca.ie or via their website.

popular
The JOE Movie Quiz: Week 161
QUIZ: It's time for one of our trickiest General Knowledge Quizzes yet
The 50 most iconic songs of all time* have been revealed
Jordan Peterson suspended from Twitter over Elliot Page comment, says he won't apologise
Landlords must give longer eviction notice periods under newly passed legislation
The JOE Music Quiz: Week 111
The JOE Friday Pub Quiz: Week 301
You may also like
12 hours ago
Man arrested following serious assault in Kildare
14 hours ago
An Oscar-winning Dustin Hoffman drama is among the movies on TV tonight
15 hours ago
Ryanair cabin crew in Spain announce 12 days of strikes in July
16 hours ago
Man injured following shooting incident in Louth
17 hours ago
Woman seriously injured following collision in Kerry
18 hours ago
The 24 biggest movies still to come to cinemas in 2022
Next Page