Ashers Baking Co in Newtownabbey have received a letter from the Equality Commission after refusing to make a cake with a pro-gay marriage slogan.

It is not often that the world's of bakery and gay rights clash but they have in Antrim. A Christian run bakery called Ashers Baking Co refused to make a cake featuring Sesame Street characters Bert and Ernie and the slogan 'Support Gay Marriage' because it was 'at odds with [their] beliefs'.

They refunded the customer but a few weeks later received a letter from the Northern Ireland Equality Commission warning that they could face prosecution. 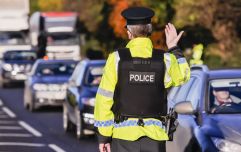 END_OF_DOCUMENT_TOKEN_TO_BE_REPLACED

The Irish Times quotes the Commission: “In this case the commission has granted assistance to the complainant, and has written to the company concerned on his behalf. The commission will consider any response before taking further action."

The company has responded with a video on the their decision.

“We are Christians and our Christianity reaches to every point of our lives, whether that’s at home or in the day-to-day running of the business,” said general manager Daniel McArthur in the clip.

“We thought that this order was at odds with our beliefs, certainly was in contradiction with what the Bible teaches,” he added.

“Although we have found this experience certainly unsettling and disruptive to our day-to-day business, we are certainly convinced that we have made the right decision, and we continue to take the stance that we do take”, said Mr McArthur.

The Big Reviewski || JOE · The Big Reviewski with Dune, a mini-Hangover reunion & the best of Timothée Chalamet
popular
The JOE Friday Pub Quiz: Week 266
Nightclubs are now ticket-only events, according to new measures
Here's the line-up for tonight's episode of The Graham Norton Show
Alec Baldwin expresses "shock and sadness" over fatal film set shooting
Status Yellow warning issued as heavy rainfall and flooding anticipated
Christy Moore has announced 10 nights at Vicar Street starting next month
Hunger strike ends as Nadim Hussain assured he won't be deported
You may also like
1 year ago
Police investigating attempted ATM robbery in Antrim
1 year ago
Viable explosive device found in Antrim garden
1 year ago
Police recover ATM that was stolen in Antrim
2 years ago
PSNI say "no offences were detected" in video of sectarian song at Antrim wedding
2 years ago
Hotel in Antrim issues statement on lack of staff intervention during sectarian chants at wedding
2 years ago
Ireland's oldest woman has passed away at the age of 110
Next Page