She will also be stepping down from her First Minister role at the end of June.

Arlene Foster has officially stepped down as the leader of the Democratic Unionist Party (DUP) and First Minister of Northern Ireland.

In a statement, the politician said she has informed the party chairman that she will be stepping down as leader of the DUP on 28 May. 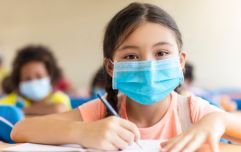 END_OF_DOCUMENT_TOKEN_TO_BE_REPLACED

Foster will also be leaving her role as First Minister at the end of June.

"It has been the privilege of my life to serve the people of Northern Ireland as their First Minister and to represent my home constituency of Fermanagh and South Tyrone," the statement said.

"I first entered the Assembly in 2003 and undoubtedly the journey of the last eighteen years has been memorable.

"There are many people who have helped and supported me throughout that period and I will always been grateful for the kindness and support shown to me by them."

The announcement came after reports that 75% of her Members of the Legislative Assembly (MLAs) signed a letter of no confidence.

Multiple DUP sources told the Belfast News Letter that a "clear majority" of DUP MLAs, as well as "at least half the party’s MPs and some of its peers" have signed what they describe as effectively a letter of no confidence in the party leader.

While the publication has not seen the letter, one of the politicians who signed it said there were 21 MLAs, four MPs and at least one peer's name on the document.