As if 2016 wasn't bad enough, it's being extended (very slightly) ahead of the New Year

We're not going to get into the myriad reasons why 2016 has been an absolute bastard of a year, mainly because we're sick and tired of being sick and tired.

However, the news that it's being extended ahead of the New Year is one last slap in the face that we didn't need. 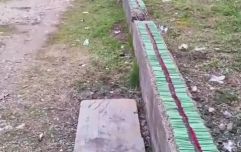 END_OF_DOCUMENT_TOKEN_TO_BE_REPLACED

A slowdown in the Earth's rotation means that we'll have to wait an extra second for the clocks to usher in 2017.

Scientists are introducing a 'leap second' after 23.59:59 on New Year's Eve, meaning you'll have to pause a moment before accidentally planting a dirty wet kiss on the lips of your least favourite aunt.

It will actually be the 27th time that the National Physical Laboratory will have introduced the extra second to make sure that the time set by the Earth’s rotation does not lag behind time kept by atomic clocks.

They are usually added every two or three years but, according to the Press Association, the last time it happened was just 18 months ago, in June 2015. 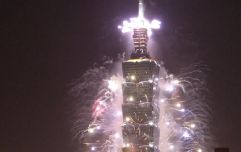 Video: The fireworks in Taipei were pretty spectacular last night

END_OF_DOCUMENT_TOKEN_TO_BE_REPLACED

NPL scientist Peter Whibberley said: "Atomic clocks are more than a million times better at keeping time than the rotation of the Earth, which fluctuates unpredictably.

"Leap seconds are needed to prevent civil time drifting away from Earth time. Although the drift is small — taking around 1,000 years to accumulate a one-hour difference — if not corrected it would eventually result in clocks showing midday before sunrise."

popular
Met Éireann issues Status Yellow rain warnings for five counties
Calls for €20 social welfare increase and minimum wage of €13 in new Budget
16 brand new apprenticeship programmes launched to meet target of 10,000 apprenticeships by 2025
Wheelchair user dies after falling into the water at Dún Laoghaire pier
Amazon Prime Video has just quietly added 15 big movies to its library
WATCH: Colin Farrell could be up for an Oscar in true-life thriller Thirteen Lives
Woman receives death threats after posing naked inside dead horse
You may also like
2 years ago
Everything you need to know about New Year's Festival Dublin
3 years ago
This unseasonably warm weather looks set to continue into 2019
5 years ago
Here are 7 New Year's resolutions you should get involved with
6 years ago
VIDEO: John Oliver has given his own brilliant view on New Year's resolutions
6 years ago
VIDEO: The 'Everyone on the 1st of January' sketch by Rory's Stories is spot on
7 years ago
2015 is the Year Of The Sheep so here's why ewe should be excited...
Next Page